ALL ABOUT WAQF IN INDIA 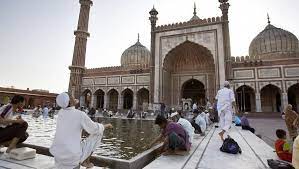 The literal meaning of the word waqf is ‘detention’. In the legal terminology, it means detention of a property so that its produce or income may always be available for religious or charitable purposes.

Waqf is the property given in the name of God for religious and charitable purposes. It is the permanent dedication by a person professing Islam, of any movable or immovable property for any purpose recognized by the Muslim law as pious, religious or charitable.  It is observed in M Kazim vs A Asghar Ali that technically, it means dedication of some specific property for a pious purpose or secession of pious purposes.

A person creating it cannot take back the property .The waqf would be a continuing entity. A non-Muslim can also create a waqf but the individual must profess Islam. The objective of creating the it has to be Islamic.

How is it governed?

They are governed  by the Waqf Act, 1995 in India. A survey commissioner under the Act lists all properties declared as waqf. They make local investigation, summon witnesses and requisitioning public documents. It is managed by a mutawali, who acts as a supervisor.

What is a Waqf Board?

A Board is a juristic person with power to acquire and hold property and to transfer any such property. The board can sue and be sued in a court as it is recognized as a legal entity or juristic person.

ESSENTIAL CONDITIONS FOR A VALID WAQF

As regards the capacity of a Muslim , there are only two requirements:

(i) soundness of mind and,

What is the connection between the disputed Ayodhya site and the UP Sunni Waqf Board?

According to the law, the Uttar Pradesh Sunni Waqf Board has the power to administer the disputed site. In 1945, in a suit before a Faizabad judge between the Sunni and Shia Waqf Boards, it was held that the Babri Masjid is a Sunni one. The Sunni Central Waqf Board of Uttar Pradesh became a defendant in 1989.