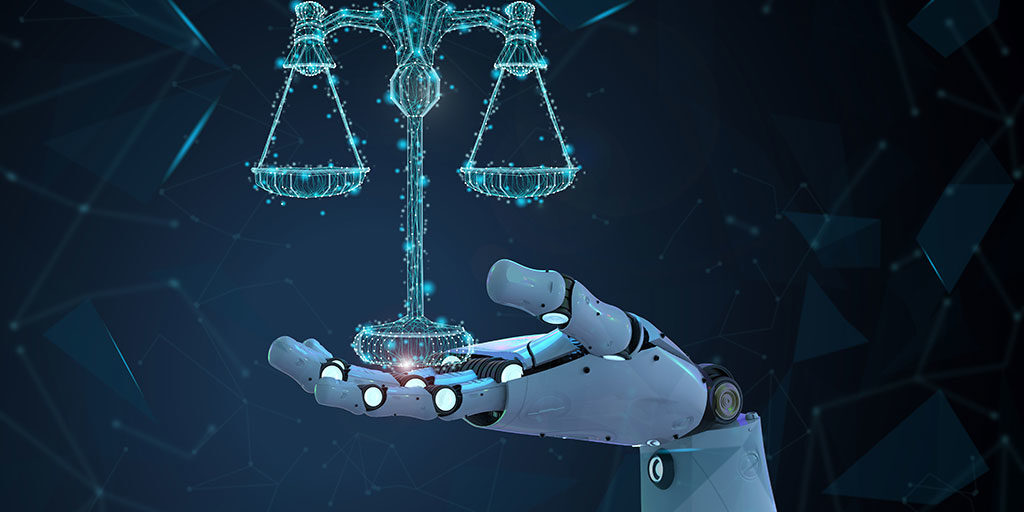 The present generation has witnessed remarkable advancements in [AI] Artificial Intelligence technology. The people in large numbers are accustomed to chat-bots and usage of virtual personal assistants like Siri, Alexa and ok, Google is increasing rapidly.

AI is not limited to Android phones but has seen use at a small but highly effective scale in the various Industries in India. Chennai and Hyderabad hotels had opened robot-themed restaurants where robots serve and interact with customers in English and Tamil.

Of late, a robot was inducted into work by Kerala police. In Ahmadabad, in the year 2018, a cardiologist performed the telerobotic coronary intervention on a patient from a distance of 32 km away to his place.

Artificial intelligence (AI), the development of computer systems to perform tasks that normally require human intelligence, such as learning and decision making, has the potential to transform and spur innovation across industry and government.

As the science and technology of AI continue to develop, more products and services are coming onto the market. For example, companies are developing AI to help consumers run their homes and allow the elderly to stay in their homes longer. AI is used in health care technologies, self-driving cars, digital assistants, and many other areas of daily life.

In India, where there are 59,867 cases pending in the Supreme Court, 44.75 lakh cases pending in various High Courts and at the district and other subordinate level courts/tribunals, a shocking 3.14 crore cases, as of November 2019, the advancement of AI and its use in the justice delivery system is very important, because it does not seem possible for humans alone to hear an approximate of 3.75 crore cases in an efficient and quick manner.

The Indian Judicial System uses AI in numerous ways, such as legal research, due diligence, contract generation (smart contracts), etc. In fact, one of India’s top law firms, Cyril Amarchand Mangaldas became the first Indian firm to come into an agreement with Kira Systems, to gain access to their machine learning system in order to expedite their legal research and productivity.

On August 24, 2017, the Ministry of Industry and Commerce constituted an eighteen-member Task Force on Artificial Intelligence for India’s Economic Transformation, which is made up of experts, academics, and researchers/industry leaders, with the participation of governmental bodies/ministries (such as the National Institution for Transforming India (NITI Aayog), Ministry of Electronics and Information Technology, Department of Science and Technology, Unique Identification Authority of India, and Defence Research and Development Organization). The task force completed its report in January 2018.

The task force’s report looked at the “use of AI along with its major challenges, and possible solutions for each sector.”[64] It examined ten sectors, referred to as “domains of relevance to India.” These sectors were: Manufacturing, FinTech, Agriculture, Healthcare, Technology for the Differently-abled, National Security, Environment, Public Utility Services, Retail and Customer Relationship, and Education.

On February 1, 2018, Finance Minister Arun Jaitley stated that the NITI Aayog “would lead the national program on AI” and that “the government is set to support startups and centers of excellence with respect to AI training and research activities.”

The Committee of Secretaries held a meeting on February 8, 2018, and tasked NITI Aayog with formulating a National Strategy Plan for AI “in consultation with Ministries and Departments concerned, academia and private sector.

It identified five sectors that could have the most social impact and which should be focused on: Healthcare, Agriculture, Education, Smart Cities/Infrastructure, Smart Mobility, and Transportation.

The Ministry of Electronics and Information Technology has established four committees to help encourage research in AI. They are headed by “directors of Indian Institutes of Technology (IITs), Nasscom and eminent researchers”[75] and include the following:

In February 2018, the government of India established a multi-stakeholder task force (“comprising the Government, Services, Academia, Industry, Professionals, and Start-ups”) to study the strategic and national security implications of AI for India.

The task force submitted its report to the Minister of Defense on June 30, 2018. The report is said to include recommendations relating to making India a significant power of AI in defense, specifically in the area of aviation, naval, land systems, cyber, nuclear, and biological warfare including both defensive and offensive needs including counter AI needs; recommendations for policy and institutional interventions required to regulate and encourage robust AI-based technologies for defense sector; working with start-ups/commercial industry and recommendations for appropriate strategies of working with startups.

India currently does not have a comprehensive legal framework for data protection. On July 27, 2018, the government of India’s Committee of Experts (also known as the Justice B.N. Srikrishna Committee) released a Draft Protection of Personal Data Bill along with an accompanying report titled A Free and Fair Digital Economy Protecting Privacy, Empowering Indians.

The Bill, like the EU’s General Data Protection Regulation, establishes a set of rights but does not appear to include rights to protect against automated decision-making. 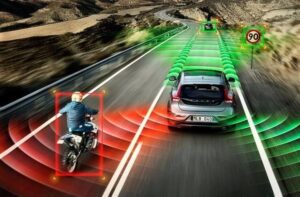 Motor vehicle road safety is regulated by the central level by the Motor Vehicles Act and the Central Motor Vehicle Rules.

State governments have their own laws and policies. The current Motor Vehicle Act does not appear to allow for automated vehicles.

However, amending legislation, which was passed in the Lok Sabha (lower house of Parliament) on April 10, 2017, but is still pending before the upper house chamber, the Rajya Sabha, includes an exemption that may allow testing of Avs.

At the end of July 2018, the Minister of Road Transport and Highways was reported to have said that “we won’t allow driverless cars in India. I am very clear on this. We won’t allow any technology that takes away jobs. In a country where you have unemployment, you can’t have a technology that ends up taking people’s jobs.”

BENEFITS OF ARTIFICAL INTELLIGENCE TO THE LEGAL SYSTEM

With 3.75 crore cases already pending, it is becoming very tough to resolve cases in the Indian Legal System. The journey from filing a case to its judgment is a very long and draining one. With the help of Artificial Intelligence, daunting tasks like legal research, discovery, due diligence, contract drafting, contract analysis, have become easy.

Discovery talks about the time when the prosecution has to present the defense with all the information and evidence that they have about the case. Similarly, due diligence process in M&A used to be quite a lengthy process, but with Artificial Intelligence, it is very easy to do due diligence, if one knows what they are looking for by just typing in a few keywords. The filing of cases is being made possible through online portals as well. 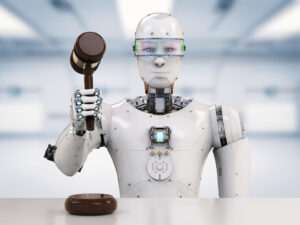 With AI playing its role in performing the meager tasks, the lawyers can focus more on the complexities of a case, while the software takes care of the repetitive tasks.

Tasks like documentation, analysis, etc., used to take a lot of manpower, hence resulting in more salary being paid and therefore more financial resources being used up. However, with the use of Artificial Intelligence, these repetitive and easy tasks have become more efficient and quick. Therefore, it leads to cost reduction.

When a lawyer is approached by a client, it always so happens that the lawyer receives a case or a certain area of the case that is very common. AI can then be used by the lawyer to put the Artificial Intelligence’s algorithm to work and the algorithm, then on the basis of its smart analysis features, predicts if the lawyer can win the case, which helps reassure the client as well.

In the past, contract analysis and drafting was a long process that required a lot of hours and due diligence. However, through advanced AI algorithms, it has become easier to analyze the requirements of a contract and then predict a draft of the contract.

A proper legal framework needs to be developed in order to use Artificial Intelligence.

What happens if there is a certain act or omission done by automated software? Will a robot be held liable for something that causes harm to a third party? The more autonomous software becomes, the tougher it will be for humans to handle those software and the results that they produce.

However, everything digital is subject to gross data privacy issues. Even the online video conferencing applications being used during this serious time of a pandemic in order to be able to continue the rendering of justice is subject to infringement of data privacy.