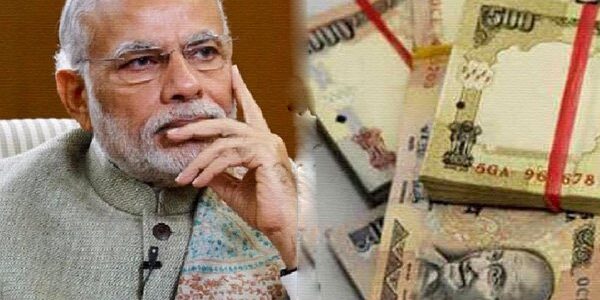 Fight against black money and corrupt practices have been the prime focus of the Modi government. Since the first cabinet meeting till now, there have been numerous steps taken to curb black money.

Steps were taken by the Modi government so far against black money—demonetization, amnesty-like schemes, renegotiating treaties with tax havens—proves that this government wants to do something to curb black money.

What has come out of this battle so far is debatable though.

The Narendra Modi government got the Black Money (Undisclosed Foreign Income and Assets) and Imposition of Tax Act, 2015 enacted. The government provided a window for one-time compliance – between July 1 and September 30 in 2015 – for taxpayers to declare their undisclosed foreign assets. Around 650 persons made declarations of the undisclosed money worth Rs 4,100 crore deposited in foreign banks.

The government gave a window to come clean, urging violators to pay taxes on hidden money with a penalty of just 25%. It also assured no legal action against them.

first under the Income Declaration Scheme (IDS) in 2016 and then the Pradhan Mantri Garib Kalyan Yojana (PMGKY) the next year, after demonetization. These two schemes yielded Rs 72,200 crore as disclosed by 92,000 persons.

The Demonetisation of high-value currency (86 percent of existing money in circulation) in November 2016 was another step taken by the Narendra Modi government. Demonetisation was aimed at bringing back money that was out of the banking system. This was followed up by Operation Clean Money by the Income Tax officials, who prepared lists of persons and taxpayers making large deposits and transactions in the post-demonetization phase.

The disruption that followed manifested in cash shortages as people queued up outside banks to exchange Rs 500 and Rs 1,000 notes, which had been rendered useless, for new ones.

The government and the Reserve Bank of India pulled out all the stops to ensure that those with stashes of old notes were caught off guard.

Apart from imposing a Rs 4,000 limit for exchange, indelible ink — used only during elections — was also applied on depositors’ fingers to restrict multiple exchanges by the same set of people. There was, however, no upper limit on the deposit of old notes, which would have had many sitting on piles of Rs 500 and Rs 1,000 notes heaving a collective sigh of relief. 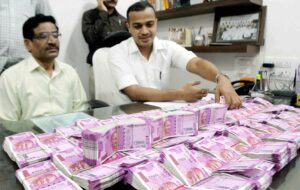 The Benami Transactions (Prohibition) Act of 1988 was amended in 2016. The official data shows that more than 900 properties worth more than Rs 3,500 crores were attached after amendment. People used to hedge black money in Benami property while taking advantage of shortcomings in this Act. After the amendment, the Government tightened the noose on unscrupulous elements.

The government claimed that the two schemes — Benami Transactions Informants Reward Scheme 2018 and Income Tax Informants Reward Scheme 2018 — are aimed at encouraging people to give information about Benami transactions and properties and income earned on such properties by such hidden investors and beneficial owners. The schemes will encourage the participation of people in the crackdown on black money and Benami transactions.

Modi government cap has undoubtedly been the ushering in of Goods and Services Tax (GST) with effect from 1 July 2017.  It has worked wonders for the exchequer with monthly tax collections averaging Rs 95,000 crore falling short of the expected by just Rs 5,000 crore. That target would be achieved sooner than later especially if the compounding scheme is made friendlier thus collecting massive amounts from the last mile small sellers dotting the Indian marketplace.

The third achievement of the Modi government, the one that was made possible through the pincer of demonetization and the back-to-back GST, has been the surge indirect tax collections (read income tax).

According to the income tax return data released by the CBDT, the number of individuals whose income was above Rs 1 crore was 81,344 for the year ended March 2017 — a jump of 20 percent from 67,783 in 2015-16.  This, once again, was on the back of demonetization which put the fear of god into some of those who deposited their ill-gotten wealth in bank accounts blithely.  They felt it is better to disclose it as their income rather than face the ignominy of prosecution under either the income tax or benami law.

The government could now levy a tax on the capital gains from the sale or transfer of shares of an Indian company acquired by a Mauritian tax resident. It was an effective step towards blocking the Mauritius route of money laundering and black money generation.

Tax evaders used weak laws to stash black money in foreign accounts. Govt has lost tax revenues of thousands of crores of rupees on earnings by Indians on foreign soil. With sustained efforts, the Government made a treaty with Tax havens like Switzerland, Singapore, Mauritius, and Panama, which have agreed to share suspicious banking transactions of Indians on a real-time basis

The government launched the plan to link bank accounts with Aadhaar and PAN. The income tax department got huge success in getting hold of fake or Ghost accounts. It also made it easy to track big and suspicious transactions through bank accounts.

In the Union budget 2017-18, the maximum cash donation a political party can accept from one source has been brought down to Rs 2,000. Till then, any political funding less than Rs 20,000 didn’t require to show its source. This was a step in the right direction but no follow-up measures were taken.

The government’s actions lack honesty till the time it acts in a meaningful manner to clean up political funding. Public representatives do not need so much secrecy in their financial dealings. Instead, political parties should set an example to the public by linking all political donations to Aadhaar.

Even now, any individual can make anonymous cash donations to any political party by splitting it into receipts of less than Rs 2,000. It will take only a few hours even for an average accountant to complete this anonymous transaction. Companies don’t need to disclose the names of political beneficiaries even to their shareholders.

The money thus given to corporations can be claimed back by the donor through various political favors. The political-corporate nexus will continue to thrive in full swing. Imagine a big corporate promoter coming under investigation for black money, the political party which received his political funding will certainly have a sympathetic approach to him/her.

The irony is that all political parties, including the ruling party, know this but no one wants to act since all drink happily from the same cup and it tastes good. The government wants all citizens to link all their activities, including mobile numbers and bank accounts, to Aadhaar so that they can be monitored constantly but doesn’t want to apply the same rule to political funding. The government doesn’t want more transparency on most activities performed by its citizens.