Recent Changes In Section 498A 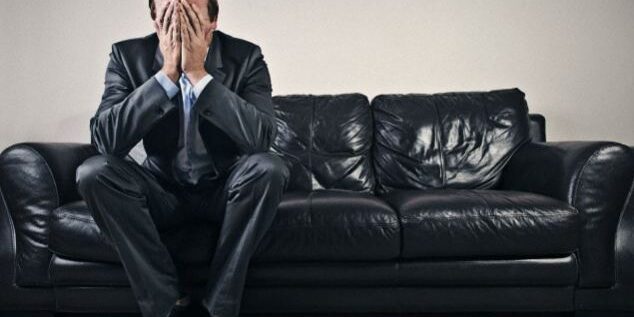 In 1983, Section 498-A was enacted to safeguard married women from cruelty by their husbands or family members. It prescribes punishment for 3 years and a fine. Under this section, cruelty is defined as causing physical or mental harm to the woman’s body or health, as well as engaging in harassment in order to coerce her or her relatives to meet any unlawful demand for property or valuable security. Harassment for dowry is also covered under this section. One of the ingredients of “cruelty” is creating a situation that drives the woman to commit suicide. To deal with the threat of dowry deaths, this section was enacted. The Criminal Law Reform Act of 1983 was used to put it into the code (Act 46 of 1983). Section 113-A of the Indian Evidence Act was added by the same Act to raise the presumption of a married woman’s abetment of suicide.

Ingredients of this Section
For the commission of an offense under Section 498-A, the following necessary ingredients require to be satisfied:
1. The woman must be married;
2. She must be subjected to cruelty or harassment; and
3. Such cruelty or harassment must have been shown either by the husband of the woman or by the relative of her husband.

The I.P.C. section 498-A’s major aim is to protect a woman who is being abused by her husband or his relatives. Male society has always treated women with cruelty. Laws like these assist women in fighting back. Women have the impression that they are being heard. In the modern era, this section is being misused some women, they create false allegations against their husbands and in-laws for getting some money or causing them unnecessary troubles just for the sake of revenge. It is now being considered legal terrorism by the Supreme Court. Because its actual credibility is harmed and exploitation of Section 498A is increasing.

That is one of the numerous reasons why it is said to as an anti-male law. Although there have been several complaints and even large-scale misuse has been acknowledged by the courts, there is no credible empirical data on the degree of the claimed misuse.
In Sushil Kumar Sharma v. Union of India, (2005) 6 SCC 281. Apex court said that many cases have come to light in which complaints were filed with an oblique motive and were not genuine. In such cases, the accused’s acquittal does not always erase the humiliation he or she endured during and before the trial. Negative media coverage can sometimes add to the misery. A new form of legal terrorism could be unleashed if the provision is abused. The provision is meant to be used as a shield rather than a weapon by assassins. The mere possibility of a legal provision being abused, on the other hand, does not render it invalid and Section 498-A is constitutional.
In Arnesh Kumar v. State of Bihar CRIMINAL APPEAL NO. 1277 OF 2014
In this case, the Court observed that despite the fact that Section 498A of the IPC is a cognizable and non-bailable offense, disgruntled wives frequently use it as a weapon rather than a shield. It causes the husband and his family to be harassed by having them arrested under this Section, and it’s even more upsetting to see bedridden grandfathers and grandmothers. being arrested without a prima facie case. Thus, the Court established certain guidelines that the police officer must follow when arresting under Section 498A of the IPC or Section 4 of the Dowry Prohibition Act, 1961, and that such arrest must be based on a reasonable satisfaction with regard to the veracity of the allegation. Furthermore, Furthermore, even Magistrates must be cautious about authorizing detention on a casual and mechanical basis.

In Rajesh Sharma & Others v. State of U.P. & Another CRIMINAL APPEAL NO. 1265 OF 2017
The Supreme Court ruled that no arrest or coercive action under Section 498A of the IPC can be made without first verifying the allegations. The Court reasoned that many 498A complaints are frivolous and not genuine, uncalled-for arrest may ruin the chances of the parties’ ability to reach an agreement. According to the Court’s decision, every 498A complaint must be referred to Family Welfare Committees, which will be established in each district; no arrests of the husband and/or his family members can be made until the committee’s report is received. The Court has also ordered that a designated police officer be appointed to deal with these complaints. The “automatic arrest” resulting from Section 498A complaints has now been abolished by the Supreme Court of India.

The benefit of making changes in section 498A

There are false cases when men commit suicide due to harassment caused by false allegations by their wives and abusive behavior by their wife’s family. As a result, men must protect themselves from unjust practices, as women are not always the victims.
In each district, the government has already established Family Welfare Committees. The committee will be made up of three members who will be appointed by the District Legal Aid Commission. The committee will be made up of volunteers, retired officers, and anyone else willing to work.
Every complaint must be referred to the Committee, which must then submit its findings to the authority that referred the complaint. The Investigating Officer or the Magistrate may then consider the report on its own merits. The committee’s responsibilities include investigating all complaints received by
the police or the Magistrate under Section 498A.Normally, no arrests should be made until the committee’s report is received.
These committees will investigate every complaint received. This will also ensure that the complaints are heard quickly.
After Rajesh Sharma v. Union of India, CRIMINAL APPEAL NO. 1265 OF 2017 it was held Anticipatory bail in false cases against men in section 498A is allowed.
Men can also Get FIR quashed by approaching a High Court under Sec 482 of CrPc. If they have substantial evidence to claim your side.
Men can also file defamation cases under section 500 IPC for all of the tarnished reputations as a man is a social animal, his reputation is extremely important.
Conclusion
While the section has aided a number of women facing cruelty, it has also been misused by a number of them. The Supreme Court said that false complaints filed under Section 498A of the Indian Penal Code against innocent in-laws alleging cruelty and harassment in matrimonial homes were increasingly driving husbands to refuse to return their wives for a woman, Section 498A can be both a weapon and a shield. The government must ensure that no false cases are filed and that the law is applied fairly to both husband and wife.