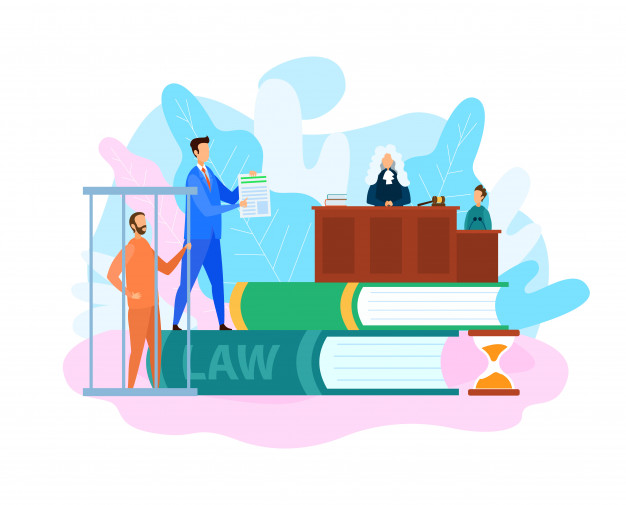 Code of Criminal Procedure, 1973 – S. 340, 482 – Indian Penal Code, 1860 – S. 120B, 193, 420, 425 – East Punjab Urban Rent Restriction Act, 1949 – S. 13 – Limitation Act – S. 5 – private complaint – appellant filed ejectment application for eviction of respondent from premises in question – respondent filed complaint against appellants for allegedly making false statement in judicial proceedings before Rent Controller – summon issued against appellants – appellants filed petition for quashing of complaint under S. 482 CrPC – High Court dismissed the same – held, Rent Controller, being a creature of Statute, has to act within the four corners of the Statute and could exercise only such powers as had been vested in him by the Statute – Rent Controller is not Court though he discharges quasi-judicial functions – Rent Controller cannot make complaint under S. 340 CrPC – complaint can be made by private party – there is no reason to quash proceedings – appeal dismissed.

(2.) On 3rd August, 1998, the Appellant No.1 filed an Ejectment Application under Section 13 of the East Punjab Urban Rent Restriction Act, 1949 , for eviction of the Respondent from the premises in question.

(4.) Appearing in support of the Appeal, Ms. Indu Malhotra, learned Senior Advocate, contended that it was obvious from the number of applications moved by the Respondent before the Rent Controller that the same was merely a ploy to delay the proceedings and cause prejudice to the Appellant No.1. The facts reveal that the Respondent had delayed the rent proceedings, which are pending since 1998, by filing vexatious and frivolous applications.

(5.) On 20th April, 2006, the Judicial Magistrate, First Class, Amritsar, after observing that no offence under Section 420 IPC had been made out against the accused, issued summons against them to face trial under Section 193 read with Section 120- B IPC.

(6.) Ms. Malhotra submitted that the Appellant Nos.1 and 2 appeared before the Judicial Magistrate, First Class, Amritsar, and were released on bail vide order dated 16th May, 2006. Subsequently, the Appellants filed Crl. Misc. No.32515 of 2006 before the Punjab & Haryana High Court under Section 482 of the Code of Criminal Procedure, 1973, for quashing of the complaint filed by the Respondent under Sections 193/120-B IPC pending before the Judicial Magistrate, First Class, Amritsar, as also the Summoning Order dated 24th April, 2006. By its impugned judgment and order, the High Court dismissed Crl. Misc. No.32515 of 2006 filed by the Appellants on the ground that the Rent Controller is not a Court within the meaning of Section 195(1) Cr.P.C. and held that a private complaint would be maintainable in case of false evidence being adduced or recorded before the Rent Controller. Ms. Malhotra submitted that the High Court had failed to consider the fact that the ejectment proceedings initiated by the Appellant No.1 were still pending before the Rent Controller and a similar application had been dismissed on the ground that the proceedings were still going on and that the Court had not formed any opinion in the matter.

(8.) On the basis of the aforesaid findings, the High Court chose not to interfere with the order passed by the learned Magistrate taking cognizance of the offence alleged to have been committed by the Appellants under Section 193/120-B IPC and dismissed the Misc. Case No.32515-M of 2006 filed by the Appellants herein.

(9.) On behalf of the Respondent it was urged that the order of the learned Single Judge, impugned in this appeal, was based on a judgment of this Court and hence it did not suffer from any irregularity or illegality. It was also urged that since the Rent Controller was not a Court, a complaint under Section 195 Cr.P.C. in respect of false statements made before it, would be maintainable at the instance of a private party, notwithstanding the bar to filing of such complaint, except on a complaint in writing of that Court, by such officer of the Court, as that Court may authorize in writing in such regard. Learned counsel submitted that no interference was called for with the order of the High Court and the appeal was liable to be dismissed.

(10.) The question which, therefore, arises for consideration in this appeal is that even if the Rent Controller is held not to be a “Court”, whether any private complaint would be maintainable in respect of statements alleged to have been falsely made before it. While disposing of the Revisional Application filed by the Appellants, the learned Single Judge of the Punjab & Haryana High Court took note of a judgment of the said Court in Ishwar Chand Gupta V/s. Chander Shekhar & Anr. [(2001) 1 RCR Criminal 171], in which it had been held that the Rent Controller was not a Court and that a complaint would lie under Section 195 Cr.P.C. in respect of statement made before the Rent Controller at the instance of a private party.

(11.) The aforesaid question has fallen for consideration in several cases before this Court and the consistent view which has been taken is that the Rent Controller, being a creature of Statute, has to act within the four corners of the Statute and could exercise only such powers as had been vested in him by the Statute.

(12.) In the decision rendered by this Court in Prakash H. Jain V/s. Marie Fernandes [(2003) 8 SCC 431], this Court held that the Competent Authority under the Maharashtra Rent Control Act, 1999, is at best a statutory authority created for a definite purpose and to exercise powers in a quasi-judicial manner, but its powers were strictly circumscribed by the very statutory provisions which conferred upon it those powers and the same could be exercised in the manner provided therefor and subject to such conditions and limitations stipulated by the very provisions of law under which the Competent Authority itself was created. The aforesaid observations were made by this Court in the context of the powers conferred on the Competent Authority appointed under the Maharashtra Rent Control Act, 1999, which included powers to condone the delay in the filing of the proceedings. It is in such circumstances that it was observed by this Court that the High Court had rejected the submissions made on behalf of the Appellant therein that since it had all the trappings of a Court, the Competent Authority was a Court in the eye of law and consequently possessed inherent powers to condone the delay. The High Court also rejected the said prayer upon observing that statutory authorities have to act within the powers conferred on them by Statute.

(13.) The same views were also expressed by this Court in Om Prakash V/s. Ashwani Kumar Bassi [(2010) 9 SCC 183], wherein it was held that in the absence of a specific power being vested in the Rent Controller, it being a creature of statute, it could only act in terms of the powers vested in it by the Statute and could not, therefore, entertain an application under Section 5 of the Limitation Act for condonation of delay, since the Statute did not vest him with such power.

(14.) The aforesaid decisions of this Court establish that though the Rent Controller discharges quasi- judicial functions, he is not a Court, as understood in the conventional sense and he cannot, therefore, make a complaint under Section 340 Cr.P.C. Consequently, as held by the High Court, a complaint could be made by a private party in the proceedings.

(15.) In addition to the above, we also see no reason to quash the proceedings in which the Appellants herein had been summoned under Section 193/420/120- B IPC. The Appeal is, accordingly, dismissed. The interim orders passed earlier are vacated.