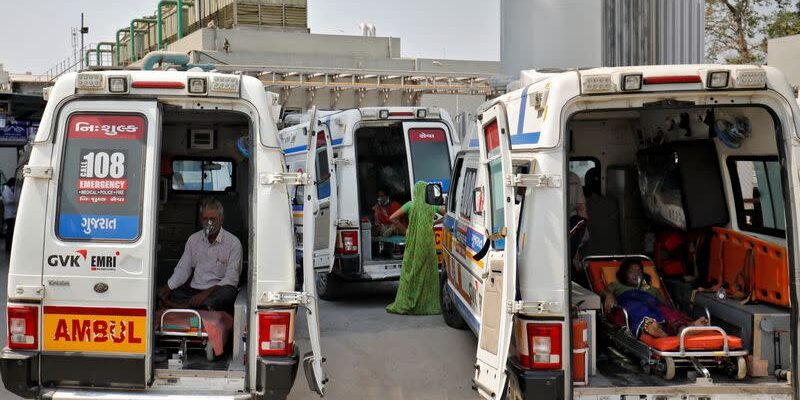 COVID-19 -The entire world witnessed and went through a never-before-seen crisis. This was something that no one would have even imagined. A very tiny virus, which we can not even be seen with naked eyes, hit hard the entire human race and even the strongest, wealthiest nations of the world had gone helpless.

The Novel Coronavirus as called COVID 19, was first traced in Wuhan, China in December 2019. With a very high transmission rate, it soon reached the farthest of nations and by March 2020 the entire world was struck by this pandemic. At this time, it’s been approximately one and a half year since the virus effect started, but the entire world is still struggling to find a solution for it. Force stopping of all activities was the only solution left which led to the collapse of even the strongest economies.

The COVID 19 virus didn’t only have a high transmission rate, but it is also deadly. The virus affects the lungs of the infected person, which causes breathing problem, lack of oxygen in body which ultimately causes death. Another dangerous aspect of the virus is that it can change its mutations. The world witnessed UK strain of the COVID 19 which had different symptoms to the infected. Presently, the Triple Mutant COVID 19 virus is prevailing and spreading in India which is even difficult to be traced in RT-PCR Test.

Tackling these varying, hard to be traced characteristics of the COVID19 virus is a challenge for the Health Infrastructure of all the countries. We witnessed hospitals flooded with ailing patients, graveyards falling short of space, long queues at the cremation grounds and the helpless frontline workers, working tirelessly around the clock.

The world was not ready for it and still does not know the ultimate solution to this deadly COVID 19 Virus.

World Health Organization declared the COVID-19 outbreak as a pandemic on 11 March 2020 with more than 11800 cases and 4291 death in 114 countries. India started adopting preventative measures and acting pro-actively, ever since the first COVID19 caused death was reported in China.

Thermal screening at a few of the airports began on the 17th of January, which is way before the first case was reported. Since then, various points of entry were put under screening, including air and seaports.

At the beginning of February, this was followed by the suspension of entry of any foreign nationals from the People’s Republic of China. By the end of February, 21 Airports, 12 major seaports, and 65 minor seaports along with land crossings adjoining the Nepal border were under extensive surveillance. It was further subsequently stressed, with the universal screening at all entry points on the 4th of March, 2020. At around the same time, the Central Government had asked the State governments to explore the possible quarantine facilities across all the States.

On the 4th of March, understanding the importance of non-pharmaceutical measures, the Government imposed restrictions on the export of PPE, masks, and sanitisers. On the 14th of March, Govt. declared the masks and sanitisers as the essential commodities under the Essential Commodity Act to keep a check on the black marketing of the same.

On the 11th of March, Governmentdirected all States/UTs to invoke provisions of Section 2 of the Epidemic Disease Act, 1897, so that all advisories being issued from time to time by the Ministry of Health & Family Welfare/ State/UTs are enforceable in principle.

As a lesson learnt from other countries, the Indian Government started measures like social distancing before a significant number of cases emerged in the country. On the 16th of March, GOI ordered the closure of all schools in the country and urged people to work from home, along with taking a vital check on the implementation of these measures of prevention. On the 20th of March, all railway bookings were suspended, and effective from the 22nd of March, all domestic and international flights were also grounded. This had remained suspended for the whole period of the lockdown.

On March 22nd the first-ever one day National Self-imposed Lockdown “JANTA CURFEW” was imposed. The Government of India announced the world’s largest lockdown on 24 March, asking 1.3 billion Indians to stay home for 21 days to slow the spread of COVID-19 but due to a sustained increase in the number of cases, it got extended thrice till 17 May 2020. 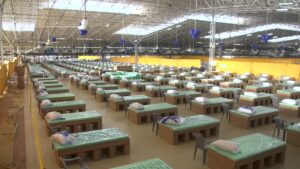 The lockdown period not only made people aware of the deadly effects of the COVID 19 Virus but also gave people enough time to get habitual to the new normal norms like masks, sanitisers etc. Also, this was the period during which the Governments made Health Infrastructure their priority.

At the beginning of the month of April, GOI had announced significant investments of Rs.15000 crores for ‘India COVID-19 Emergency Response and Health System Preparedness Package’. The funds sanctioned would be utilized for immediate COVID-19 Emergency Response (amount of Rs.7774 crores) and rest for medium-term support (1-4years) to be provided under the mission mode approach for treating Coronavirus patients and strengthening the medical infrastructure of the country.

India tried its best to increase the stock of ventilators. 40000 ventilators were ordered from Agva Healthcare and Bharat Electronics Limited. Apart from domestic suppliers, international companies like Hamilton, Mindray, and Dragger were also asked to supply ventilators.

This resulted in the addition of nearly 80% more ventilators. India added 10,461 ventilators since April 2020.

While 26 States have strengthened their critical care infrastructure by adding Ventilators, the number has reduced in nine states, according to Health ministry data presented in Rajya Sabha on Feb 2, 2021.

Till January 2021, the country added 94,880 oxygen-supported beds. In April last year, the country had just 62,458 beds with oxygen, according to data presented by Ashwini Kumar Choubey, Union Minister of State for Health and family welfare in the Rajya Sabha Feb 2, 2021.

Maharashtra and Tamil Nadu accounted for 16,000 and 17,000 of these additional beds, respectively.

These figures seem substantial in absolute numbers but not so much when we compare them to the COVID-19 burden of these states at present.

In the same period, the number of oxygen beds in Delhi and Tripura increased 51 and 52 times, respectively — the biggest jump in the country.

Delhi, on the other hand, added 1,861 ICU beds. The present total is six times that of last April levels.

Even amid the second surge in cases, Haryana, Punjab, Puducherry, Goa, Himachal Pradesh, Rajasthan, Assam, Andhra Pradesh, Telangana and Jharkhand have decreased the number of ICU beds in their States.

Which no other nation could do, India did. India was one of the very first nations which manufactured the Vaccine for COVID 19 and allowed it’s commercial use after successful trials.

After which India announced its much ambitious vaccination drive in a phased manner. India on 25th April 2020 marked100 days since the start of its vaccination drive which began on January 16 this year. In just 99 days, India has become the fastest country to administer 14 crore COVID 19 vaccine doses, according to the Union ministry of health and family welfare.

Not only this, India has exported its “Made in India” vaccine to 95 countries of the world which include UK, Canada, Sri Lanka, Bangladesh, UAE, etc.

Recently, the Government has allowed vaccination to all people above 18 years of age. This can serve as a milestone in fighting against the COVID 19 surge, if well utilized by the people and administered wisely by the State Governments.

The second wave of the COVID-19 virus has hit India more severely. The number of new cases is increasing every day. Presently, India had more than 3 Lakh cases in the last 24 hours.

The increase in COVID-19 cases was expected but such a critical situation would arise was beyond the thought of anybody. And this situation has resulted in acute oxygen shortage.

Amid this ongoing crisis, India has decided to import Trillion Liters of liquid oxygen along with airlifting 23 Oxygen generation Plants from Germany. India will also set up 551 new oxygen Plants.

There is no doubt that the Government of India is trying to give the best to its people in this hour of crisis. But these measures are seemingly not enough for its huge population.

The present situation is far more frightening. Hospitals are falling short of beds and even basic facilities. Every day people are losing their loved ones and many of which are not even fortunate enough to reach a hospital bed. This situation also created an overloaded burden on the doctors and the existing healthcare infrastructure.

At the same time, it is also true that no one could have foreseen that the second wave would create such havoc, especially when India successfully battelled the first wave and this is also a reason contributive to the current situation.

It must also be said that the citizens have failed to act responsibly. People made masks as mere an object to escape challan and to save oneself COVID 19. We skipped our quarantines and social distancing- we have almost forgotten.

The COVID-19 pandemic has resulted in multiple challenges for developed countries and these challenges are going to be even more for developing countries like India if there is an increase in infected cases. Hence it is our responsibility to judiciously use healthcare resources with the aim of protecting our frontline warriors.

The supportive care of infected patients, vaccination and various preventive strategy is going to help us to contain this pandemic.

IS PROSTITUTION LEGAL IN INDIA?
January 8, 2022

Requirements for Winding up A Company
January 7, 2022

Income Tax Return: What happens if Tax Payers Fail to File ITR within due date
December 30, 2021