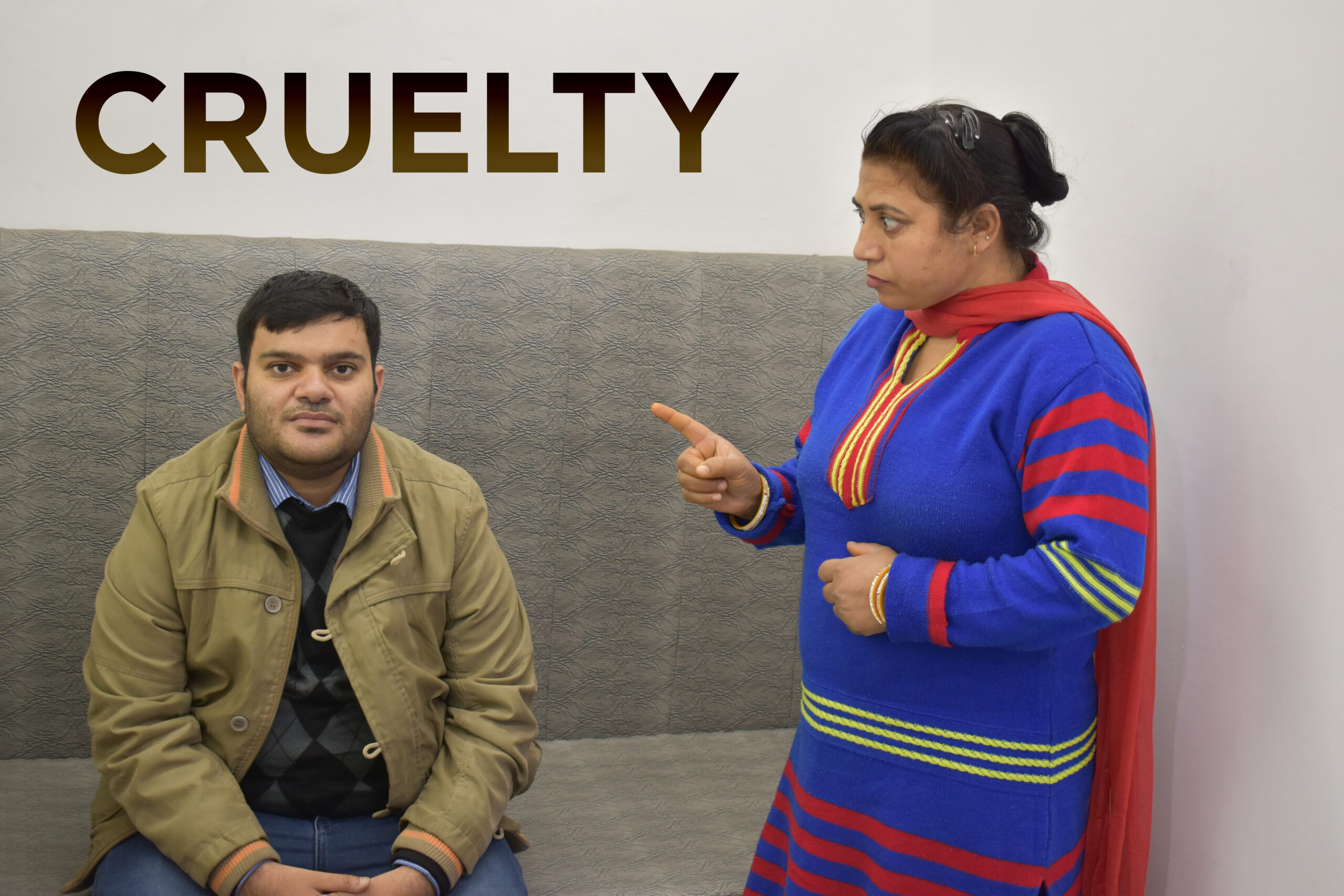 The amendment made laid emphasis on cruelty to married women by their in-laws. Section 498 (A) IPC is the only section in the IPC that recognizes domestic violence against women as a crime.  The Parliament also enacted the Protection of Women from Domestic Violence Act, 2005. This Act also  provides for better protection of the rights of women from any kind of violence taking place in family. Subsequently, amendments were also made in the Code of Criminal Procedure,1973 and the Indian Evidence Act, 1972  to effectively deal with cases of dowry deaths and cruelty to married women by the husband, in laws and his relatives.

Section 498-A IPC itself describes“Cruelty” as under:-

Explanation.– For the purpose of this section, “Cruelty” means—

(a) any wilful conduct which is of such a nature as is likely to drive the woman to commit suicide. Or to cause grave injury or danger to life, limb or health of the woman; or

Classification of Offence as per Code of Criminal Procedure,1973

The offence (in the case of  matrimonial disputes) is Cognizable, Non-bailable and Non-compoundable. It is triable by a Court of Judicial Magistrate of First Class.

Interpretation of Section 406 IPC with Section 498-A IPC

The Supreme Court of India in a landmark case titled as Krishna Bhatacharjee v/s Sarathi Choudhary and Anr,  held that wife apart from filing a suit for realization of the ‘Stridhan’ can also file a criminal complaint for criminal breach of trust under Section 406 IPC.

Every Cruelty and Harassment does not fall under Section 498-A:

Cruelty or matrimonial disputes can either be mental or physical. It is difficult to formulate the term cruelty by means of a definition because cruelty is a relative term. What constitutes cruelty for one person may not constitute cruelty for another person. [G.V. Siddaramesh v. State of Karnataka,(2010) 3 SCC 152].

Who- is Relative of Husband

Proof of the wilful conduct actuating the woman to commit suicide. Or to cause grave injury or danger to life, limb or health, whether mental or physical, is essential for entering a finding of guilt against the accused person [Gurcharan Singh v. State of Punjab, (2017) 1 SCC 433].

Section 498-A and Evidence Act

Section 113-A of Evidence Act mandates that  woman commits suicide within seven years of her marriage.  It has to be shown that her husband or any relative of her husband had subjected her to cruelty.The court may presume that such suicide has been abetted by the husband or the relative. [Pinakin Mahipatray Rawal v. State of Gujarat, (2013)10 SCC 48].

Section 498-A IPC read with Protection of Women from Domestic Violence Act,2005

Even before a criminal court where a case under Section 498-A (in respect of matrimonial disputes) is pending and  allegation is found genuine. It is always open to the appellant to ask for reliefs under Sections 18 to 22 of the Domestic Violence Act.  demand further interim relief under Section 23 of the said Act. [Juveria Abdul Majid Patni v. Atif Iqbal Mansoori, (2014) 10 SCC 736].

The Hon’ble Supreme Court of India in Samar Ghosh v.Jaya Ghosh,  laid down the following instances which may be considered to be amounting to ‘Mental Cruelty’:-

i) On consideration of complete matrimonial life of the parties, acute mental pain, agony and suffering as would not make possible for the parties to live with each other. It comes within the broad parameters of mental cruelty

ii) On comprehensive appraisal of the entire matrimonial life of the parties. If it becomes clear that situation is such that the wronged party cannot reasonably be asked to put up with such conduct and continue to live with other party.

iii) Mere coldness or lack of affection cannot amount to cruelty. Frequent rudeness of language, petulance of manner, indifference and neglect may reach such a degree. And that degree makes the married life for the other spouse absolutely intolerable.

(iv) Mental cruelty is a state of mind. The feeling of deep anguish, disappointment, frustration in one spouse caused by the conduct of other for a long time may lead to mental cruelty.

(v) A sustained course of abusive and humiliating treatment calculated to torture, discommode or render miserable life of the spouse.

(vi) Sustained unjustifiable conduct and behavior of one spouse, actually affecting physical and mental health of the other spouse. The treatment complained of and the resultant danger or apprehension must be very grave, substantial and weighty.

(viii) The conduct must be much more than jealousy, selfishness, possessiveness. The resultant effect of which causes unhappiness and dissatisfaction and emotional upset may not be a ground for grant of divorce on the ground of mental cruelty.

(ix) Mere trivial irritations, quarrels, normal wear and tear of the married life on day to day basis. Such irritations will not be a ground for divorce on account of mental cruelty.

Who can File Complaint Under Section 498-A IPC:

The complaint under Section 498-A may be filed by the women aggrieved by the offense or by any person related to her by blood, marriage or adoption. And if there is no such relative, then by any public servant as may be notified by the State Government.

Judicial Pronouncements on Section 498-A IPC:

In a case titled as Mazidul Miah @ Mia & Ors v/s State of West Bengal CRA No.247 of 2006 decided on 25.6.2020 the court held that pointing out dark complexion of his wife by husband or his relatives offense of cruelty under Section 498-A/34 IPC will be attracted.

In judgement rendered in Amarjit Kaur and Others v/s Jaswinder Kaur and Another CRM-M No.13517 of 2018 the Hon’ble Court found that provisions of Section 498- A IPC are being misused.

In a judgement titled Priti Kumari v/s State of Bihar, Criminal Appeal No.1387 of 2019 decided on September 2019 it has been held that a woman, who had fled the cruelty of her marital home, can file a case of dowry harassment under Section 498 IPC  at her changed place of residence.

Category: Legal ArticlesBy Varun K KaushalMarch 5, 2021Leave a comment
Tags: 2005Amarjit Kaur and Others v/s Jaswinder Kaur and Another CRM-M No.13517 of 2018Criminal Law (Second Amendment) ActCruelty and HarassmentMatrimonial DisputeMazidul Miah @ Mia &Ors v/s State of West Bengal CRA No.247 of 2006Meaning of CrueltyMental crueltyPriti Kumari v/s State of Bihar Criminal Appeal No.1387 of 2019Section 406 IPC with Section 498-A IPCSection 498-A IPC read with Protection of Women from Domestic Violence ActSection 498-A-Proof ofWhat amounts to Mental CrueltyWho can File Complaint Under Section 498-A IPCWho- is Relative of Husband