Divorce in India – Easy or Difficult? 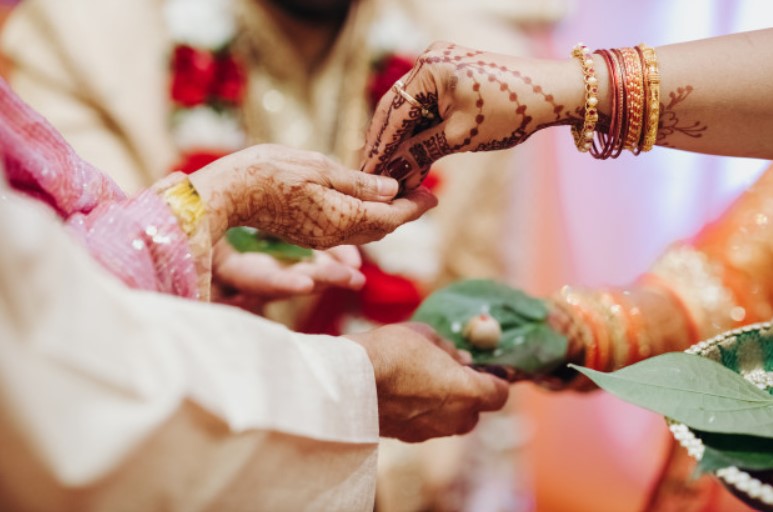 For many centuries, marriage was regarded as virtually indissoluble in many societies, including India where it was regarded as ‘sacramental’ religious. Divorces were granted only in limited cases in extraordinary circumstances.

But now almost all societies have made some provisions for divorce in certain situations. Today, marriage is less often seen as a sacred spiritual union, but more as a personal and practical commitment which can be broken if it fails. The trend is towards making marriage consensual.

Attitude to divorce is changing rapidly. It is no longer treated as an unpardonable sin. Even a few years ago, there was more of a stigma attaching to divorce. Now, it has become a more practical option for marital discord. It is believed to relieve married partners and their children from stress.

In India, as with most personal matters, rules for divorce are connected to religion. Divorce among Hindus, Buddhists, Sikhs and Jains is governed by the Hindu Marriage Act, 1955, Muslims by the Dissolution of Muslim Marriages Act, 1939, Parsis by the Parsi Marriage and Divorce Act, 1936 and Christians by the Indian Divorce Act, 1869. All civil and inter-community marriages are governed by the Special Marriage Act, 1956.

A couple can get a divorce with mutual consent, or either spouse may file for divorce without the consent of the other.

When husband and wife both agree to a divorce, the courts will consider a divorce with mutual consent. For the petition to be accepted, however, the couple should be separated for over a year or two years (as per the relevant act) and be able to prove that they have not been able to live together. Often, even when either husband or wife is reluctant, they still agree to such a divorce because it is relatively inexpensive and not as traumatic as a contested divorce.Matters such as children’s custody, maintenance and property rights could be agreed to mutually.

There are three aspects regarding which a husband and wife have to reach a consensus.

One is alimony or maintenance issues. As per law, there is no minimum or maximum limit of support. It could be any figure or no figure. The second consideration is the custody of the child. This must necessarily be worked out between the parties, as it is inevitably what requires the greatest amount of time in divorce without mutual consent. Child custody in a mutual consent divorce can also be shared or joint or exclusive depending upon the understanding of the spouses. The third is the property. The husband and wife must decide who gets what part of the property. This includes both movable and immovable property. Right down to the bank accounts, everything must be divided. It is not necessary for it to be fair, so long as it is agreed to by both parties.

Why divorces take place? There is no satisfactory answer to this question. Whenever any two people interact, disagreement sometimes leading to conflict may arise on any point at any point of time and one person or both may go to the extent of breaking relationship.

This is true for all types of relationships including marital relationship. Unlike most relationships, however, marriage involves civil, legal or religious ties that specify if and how the relationship can end. All marriages cannot succeed and some end in disharmony and break and culminates into divorce. Generally, divorce is the outcome of the failure of marital adjustment between a husband and a wife.

Many studies carried out in India and elsewhere found that the important causes of divorce are domestic disharmony, ill-treatment of wife by husband or vice versa or by their relatives, cruelty (physical or mental), adultery, impotency, barrenness, immoral conduct of the spouse, illicit relations, alcoholism, etc.

Besides, there are many other factors involved which may lead to divorce such as financial problems, emotional immaturity, difficulties in adjustment with new environment and relationships, discrepancies in role expectations, etc.

When people from quite dissimilar backgrounds (different religion, caste, class, culture, educational status, ethnic group, etc.) marry, the necessary adjustments in role expectations are more difficult and a divorce is more likely. The main reason of divorce among such couples is often poor interpersonal communication.

This happens more in conjugal family than extended (joint)’ family where communication and other problems are sometimes solved by other members of the family. Lack of proper communi­cation may give rise to tension and conflict between the spouses, leading ultimately to divorce.

Increasing involvement of women in paid work (outside home) has resulted in contradictory demands of two roles (housewife and working woman) which can produce tension between husband and wife and leads the wife eventually to seek divorce.

The changing aspirations and a strong desire for greater independence and individual expression among men and women causes conflicting expecta­tions. It has become the main basis for the increasing divorce rates. Besides, changing aspirations, it is generally alleged that the tolerance levels of couples have gone down considerably.

Modern society attaches utmost importance to individuality and personal self-fulfilment. It evaluates marriage in terms of the level of satisfaction of personal ambitions it offers. The single lifestyle can offer certain freedom that married people may not enjoy. This feeling has also contributed much in the breakdown of marital relationship.

Moreover, there is a great decline in the feeling of commitment to marriage and family. This is because of the growing erosion in the old formal religious belief that marriage is a permanent and binding commitment and it is a God ordained relationship which cannot be broken. Moreover, too much importance was attached to the monogamy. It was often said that this is the only true form of marriage. But this is not correct.

Recent studies of zoologists have discovered that faithfulness is a fantasy even in the animal world. Almost every species of animals cheats on its partners—males a little more; females somewhat less.

Sexual prostitution is rampant even among the animals. At some basic level humans are animals too, and therefore there is breakdown of marriages. Statistics prove that in western countries slightly more than half married couples remain monogamous.

Not only this, perhaps the most important factor in the increase of divorce is the greater acceptance of divorce itself. Divorce is regarded as an appropriate response to marital disorganization. This attitude to marriage has resulted in a series of changes in law, making the ground for divorce less strict and easier.

To obtain a divorce in Western societies, it is enough merely to prove irretrievable breakdown of marriage. Thus, liberalization of laws has also increased the propensity for divorce proceedings to be initiated by women.

One more factor which has helped in increasing the number of divorces is the transitory romantic love (having no real emotional attachment) on which the marital relations are found in modern societies. A high rate of marital breakdown, or the death of these romances, is an inevitable consequence of building relationship on such an unstable and fragile basis.

When the romantic love dies, it is seen that people resort to such action as divorce as a remedy to marital dis-adjustment. Improved birth control technology may have further contributed to sexual attitudes and behaviour based on pure personal gratifi­cation rather than any wider norms or morality.

In March 2007, in one case (Ghosh vs. Ghosh), the Supreme Court of India granted divorce on the basis of ‘mental cruelty’.

The apex court has defined mental cruelty as:

iii. Abortion or sterilization without consent of spouse.

‘The essentially private nature of modern marriages makes it difficult for those outside to understand, legislate, prove or judge what’s going on inside,’ says Andre Beteille, the eminent Indian sociologist.

What does the Section say?

The duration of a divorce by mutual consent varies from six to 18 months, depending on the decision of the court. Usually, the courts prefer to end mutual consent divorces sooner, rather than later.

In case of a contested divorce, there are specific grounds on which the petition can be made. It isn’t as if a husband or wife can simply ask for a divorce without stating a reason. The reasons are as follows, though some are not applicable to all religions.

Cruelty may be physical or mental cruelty. According to the Hindu Divorce Laws in India, if one spouse has a reasonable apprehension in the mind that the other spouse’s conduct is likely to be injurious or harmful, then there is sufficient ground for obtaining divorce due to cruelty by the spouse.

One spouse deserting the other without reasonable cause (cruelty, for example) is a reason for divorce. However, the spouse who abandons the other should intend to desert and there should be proof of it. As per Hindu laws, the desertion should have lasted at least two continuous years. Christians, however, will not be able to file a divorce petition solely for this reason.

Divorce can be sought by a spouse if the other spouse converts to another religion. This reason does not require any time to have passed before divorce can be filed.

If the spouse suffers from a communicable disease, such as HIV/AIDS, syphilis, gonorrhoea or a virulent and incurable form of leprosy, the Hindu Divorce Law in India say that the other party can obtain a divorce.

If the spouse renounces his/her married life and opts for sannyasa, the aggrieved spouse may obtain a divorce.

If the spouse has not been heard of as being alive for a period of at least seven years, by such individuals who would have heard about such spouse, if he or she were alive, then the spouse who is alive can obtain a judicial decree of divorce.