His Rights – Tracing The Contours of Rights of Men in India 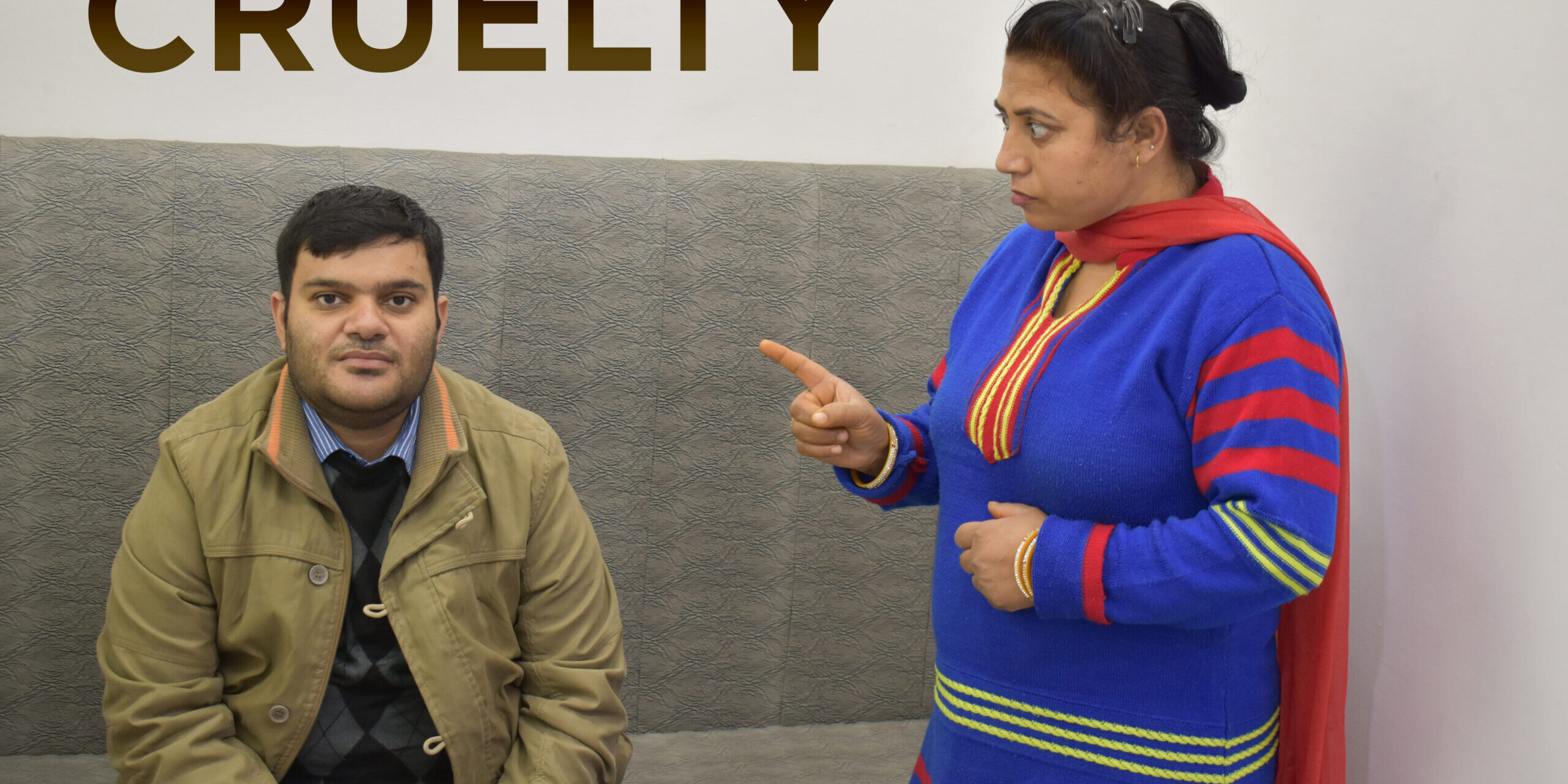 HIS RIGHTS –Tracing The Contours of Men Rights in India

“Men Rights”-Sounds strange. That’s because the term is not much heard or talked about. India is a common law country with diverse traditions, several religious cultures, and a history dating back to ages. The constitution of India has been envisaged with the principle of equality as an essential factor for societal development. This equality principle ensures that no one faces discrimination because of their gender, caste, race, etc.

But, the history of this nation has been such where for centuries, it has been depicted in various mythologies, literature, and forms of expression that women are inferior and men are superior. Therefore, men are supposed to be powerful, aggressive, and women on the receiving end as oppressed and silent sufferers of all forms of violence and discrimination. It has always been widely assumed that women are always the victims and men the perpetrators. Also, acceptance of violence or discrimination by women against men is generally considered as a threat to menfolk, their superiority, and masculinity.

It must also be mentioned that crime against women is a serious issue, the existence of which can be traced back to ancient times. It is so unfortunate that even after hundreds of years of development and upliftment of society, this issue has been addressed just a little, and still a lot remains to be done. All these reasons collectively contribute to the rise of “Women’s Rights”. Because of these factors, even the Government in India has made and implemented many women-centric laws which can prevent women from being victims of crimes and as a result improve their situation and status.

The problem with these special laws or provisions for women is that they are either misinterpreted or misused and that’s where the conflict between men rights and women rights arises.

If we talk about misinterpretation, many times these laws are misjudged or misread in a manner so as to make them sound Anti-men. But the case is not so. The constitution is in no way biased towards one gender. There isn’t any law that is in favor of one and against the other. All the women-centric laws are just enabling provisions, Which are usually made for the improvement of the weaker sections of the society, for example; Reservation. Also, such laws exist only for those crimes of which women have been a victim of, since centuries, like Dowry, cruelty, domestic violence, and sexual abuse, etc.

The next and very serious issue about women’s rights is misuse. There is no doubt that these Laws have been misused which has killed the very spirit of these laws and are affecting the basic men rights and causing cruelty, mental and economical abuse to them. False allegations or the Threat to levy false allegations of domestic violence or sexual harassment or dowry against a man have become a plaything for women and under the shield of these laws they continue to harass innocent men.

Recently, a 41-year old man from Delhi committed suicide because of fake allegations of rape.

In his suicide note, the man said that the case was registered against him in January and since then he has been under mental trauma which has forced him to take such a step. And this is just one example, we come across several such incidents, where due to fake cases innocent lives are lost, men lose their jobs, face societal stigmas, bear cruelty, mental pain, and whatnot.

There might not be any laws that can save men from the consequences of misuse of these laws by women, but there are an enormous judgments that shows that the Indian judiciary tries its best to save the innocent, check the misuse, and prevents  men from becoming a victim of cruelty.

Under the case, Sushil Kumar Sharma v. Union of India [(2005) (6) SC 266 ]which is one of the historical cases, the supreme court held sec 498A as legal terrorism. These amendments were bought in 1985, for the protection of women against dowry harassment and to empower women about the bad consequences related to dowry. This is was one of the best steps taken by the government of India and up to an extent they have been successful. But the strictness of law was taken into advantage by the women to file false cases against their husbands to fulfill their demands.

Under the case, Arnesh Kumar v.  State of Bihar,[(2014) (8) SCC 273] the wife claimed she was demanded dowry and as she could not fulfill the demand she was thrown out of her matrimonial house. Where the husband and his family were taken into custody including his aged grandparents. Under this case, the Court laid down some guidelines that should be followed by the police officer while arresting under Section 498A IPC, or Section 4 of the Dowry Prohibition Act, 1961, and that such arrest must be based on a reasonable satisfaction concerning the genuineness of the allegation. Moreover, even the Magistrates must be careful enough not to authorize detention casually and mechanically.

Along with, taking a dig at false allegations, the Courts in India have also paid considerable attention to Cruelty to men by women. Cantena of  Judgements explain and expand the ambit of cruelty against men.

Satya v/s Siri Ram[AIR 1983 P H 252 ], in this case, the wife terminated her pregnancy twice without the consent or informing her husband. So, the court held that If a wife deliberately and consistently refuses to satisfy her husband’s natural and legitimate craving to have children, and the deprivation reduces him to despair and affects his mental health, the wife is guilty of cruelty.
Anil Bhardwaj vs Nirmlesh Bhardwaj[AIR 1987 Delhi 111, ILR 1986 Delhi 383 ], both the parties were married on 31-1-1979 and after their marriage, the wife used to not do any household chores, and when asked she said she was not used to doing household chores. Even then the husband did not bother. When the husband went to his in-law’s house, they recommended him to stay separately with his wife from his family. But he did not accept this and because of this, they did allow him to have sexual intercourse with her. During their stay together she never allowed him for sexual intercourse and when he attempted, she used to become furious. The court held that Denial for a physical relationship without sufficient reasons also amounts to cruelty.

Prem Chandra Pandey vs Smt. Savitri Pandey [1998 (3) AWC 1903, II (1998) DMC 446 ], The wife has filed a false case on the husband and his family that they demanded dowry before the marriage and after marriage. The demands were not fulfilled by the wife’s father so they tortured her and she made a fake allegation that he has a marriage with another woman and again married only to fulfill his demands. All these allegations were proved wrong. Hence the court held false allegations of adultery amounts to cruelty.

Narendra v. K. Meena,[2016 (5) Recent Apex Judgments (R.A.J.) 664: 2016 (4) R.C.R. (Civil) 706 (9) JT 564: 2016 (3) DMC 429: 2016 (9) Scale 681. ] The husband was consistently being compelled by his wife to live separate from his family members but in the family, he was the only person earning and who used to maintain the family. While the main interest of the wife was to spend the husband’s whole income. She also made a fake allegation on the husband of him having an extra marital  affair with their maid. She also attempted to commit suicide without any reasonable ground by burning herself after pouring kerosene oil. It was held the acts of the wife amounts to cruelty

Along with continued guidance and support of the courts; if a man has been a victim of false allegations, he has the following statutory provision to his rescue:-

Now that we have discussed the Misinterpretation and Misuse of Women’s rights and how this has paved way for Men rights, even though our Constitution envisages equality principle, because of the conflicts in the gender-based laws, it is important to mention that no new rights are made out of the earth. The rights which a woman enjoys are for the enjoyment of man also and vice-versa. Like, if we talk about the most important man-woman relationship, which is marriage, both have equal rights when it comes to divorce, maintenance, and child custody.

The husband has a right to file for divorce on the grounds of adultery, cruelty, renunciation, disease, mental disorder, just as a wife does. Under the Hindu Marriage Act, even a husband can claim maintenance from earning wife if he is not earning and unable to maintain himself.

Section 25 of providing for permanent alimony and maintenance states that the Court may on an application made to it by either the wife or the husband order that the respondent shall pay to the applicant for her or his maintenance and support such gross sum or such monthly or periodical sum having regard to the respondent’s own income and other property, if any, the income and other property of the applicant.

Men rights also extend to having equal custodial rights of the children as women do.

The Indian Constitution gives equal rights and equal protection to both men and women. But women have been favored in the laws because of their prolonged sufferings. It is also true that these special enabling provisions are being misused by women which has resulted in denial of even basic men rights to many. Even though the courts are making the best of efforts to check and stop the misuse but some strict laws or actions are still awaited. But what must be mentioned here is that just as the society and the legislature have realized that there is a need to protect and uplift women, it is high time we as a society realize that we need to protect men as well from such women who misuse their privileges. Just as we ask people to educate their sons about women’s rights we must also ask people to educate their daughters about men rights and not to misuse being a woman.