You are here:
Legal ArticlesREAL ESTATE 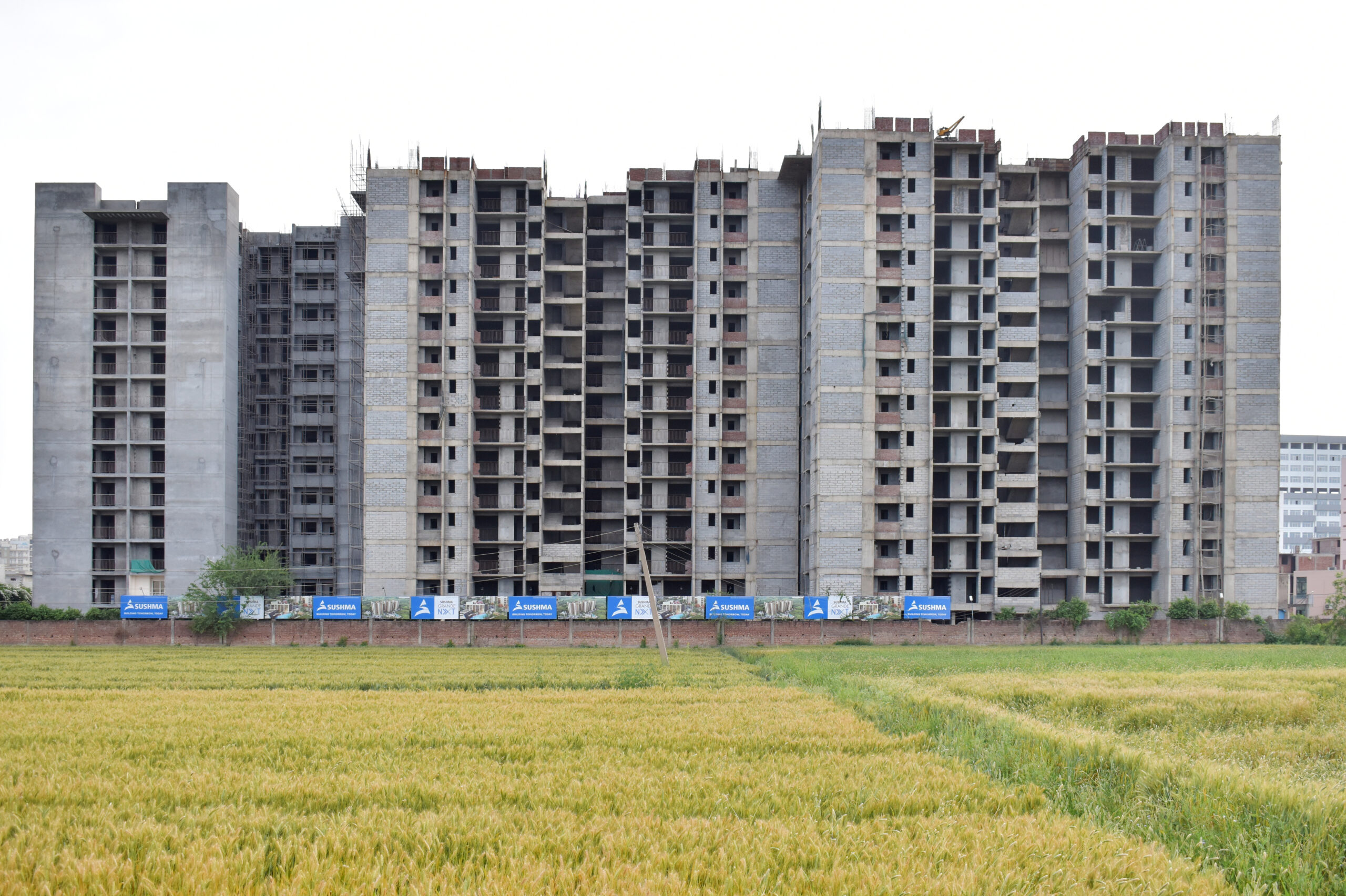 The system is useful  for planned future developments like park extensions or for security measures.

Who is liable to pay Interest Free Maintenance Charges (IFMC) ?

The Home buyers or the owners of flat are liable to pay the Interest Free Maintenance Charges (IFMC) to the contractor who reserves them in a separate account until the organization of inhabitants or Resident Welfare Association is established.

What are the provisions under RERA and other laws relating to misappropriation of Interest Free Maintenance Charges (IFMC)?

There are various provisions under the RERA Act, 2016 which deals with prevention of misappropriation of IFMC charges by the promoter or contractor some of which are as follows:

Under Section 11 (4) (a) of the RERA Act, 2016, the promoter shall be responsible for all functions under the provisions of this Act or the rules and regulations made thereunder  to the allottees as per the agreement for sale, or to the association of allottees, as the case may be till the conveyance of all the apartments plots or buildings to the allottees or the common areas to the association of allottees are made.

Under Section 11 (4) (e) of the Real Estate (Regulation and Development) Act, 2016 the promoter of a real estate project is under an obligation to enable the formation of the association of the allottees so that amount lying in the hands of Contractor be transferred to the Resident Welfare Association. The person who has not got the services or amenities like supply of water, parking spaces etc. in spite of making payment of Interest Free Maintenance Charges (IFMC), he can file a consumer complaint under the Consumer Protection Act, 1986 for the deficiency of service on the part of Builder or contractor.

Is there any requirement under any law to transfer the IFMC to the Residents Welfare association?

As per Section 11 (4) (e) of the RERA Act, 2016 it shall be the duty of the promoter to enable the allottees of plots to form an association or society or co-operative society under the applicable laws. It further says that in absence of local laws, the association of allottees shall be formed within a period of three months of the majority of allottees having booked their plot or apartment or building as the case may be, in the project.

Section 11 (4) (g) further says that promoter shall pay all expenses until he transfers the physical possession of the real estate project to the allottee or the associations of allottees which he has collected from the allottees for the payment of expenses including land cost, ground rent, municipal or other local taxes, charges for water or electricity, maintenance charges including mortgage loan and interest on mortgages or other encumbrances and such other liabilities payable to competent authorities, banks and financial institutions which are related to the project.

What are the provisions under RERA Act for regulation of promoters and builders Interest Free Maintenance Charges?

With the implementation of Real Estate (Regulation and Development) Act, 2016 (RERA), developers have been mandated to clearly state all the charges in the builder-buyer agreement including fees, schedule of payment, and a proper breakdown of the same to avoid any discrepancy.

In addition, safeguarding the buyers’ interest, RERA has made the developers responsible for any structural issues pertaining to construction quality within the first five years of the project delivery and mandates them to provide free of cost services in such cases.

The failure to comply with the regulations stated under RERA makes developers liable to face legal consequences. Furthermore, under Section 13 of the RERA Act, 2016 a promoter cannot accept a sum which is more than ten percent of the cost of the apartment, plot or building as an advance payment from a person without first entering into a written agreement for sale with such person and register the said agreement for sale under any law for the time being in force.

Section 13 (2) further says that such agreement for sale shall contain the following particulars, like development of the project including the construction of building and apartments, along with specifications and internal development works and external development works, the dates and the manner by which payments towards the cost of the apartment, plot or building are to be made by the allottees and the date on which the possession of the apartment, plot or building is to be handed over, the rate of interest payable by the promoter to the allottee etc.

Remedies which a Home-buyer can take for delayed possession of plot or for misappropriation of Interest Free Maintenance Charges (IFMC) ? As per Section 61 of the RERA Act,2016, If any promoter contravenes any other provisions of this Act, other than those provided under section 3 or section 4, or the rules or regulations made thereunder, he shall be liable to a penalty which may extend up to five per cent of the estimated cost of the real estate project as determined by the Authority which means that if the builder or the contractor fails to deliver the physical possession of the flat to the allottee he will be held liable under this Act.

Furthermore, under Section 14 of the RERA Act,2016 in case of any structural defect or any other defect in workmanship, quality or provision of services or any other obligations of the promoter as per the agreement for sale relating to such development is brought to the notice of the promoter within a period of five years by the allottee from the date of handing over possession, it shall be the duty of the promoter to rectify such defects without further charge, within thirty days and in the event of promoter’s failure to rectify such defects within such time, the aggrieved allottees shall be entitled to receive appropriate compensation in the manner as provided under this Act.

(1) If the promoter fails to complete or is unable to give possession of an apartment, plot or building,—

(a) in accordance with the terms of the agreement for sale or as the case may be, duly completed by the date specified therein; or

(b) due to discontinuance of his business as a developer on account of suspension or revocation of the registration under this Act or for any other reason;

he shall be liable on demand to the allottees, in case the allottee wishes to withdraw from the project, without prejudice to any other remedy available, to return the amount received by him in respect of that apartment, plot, building, as the case may be, with interest at such rate as may be prescribed in this behalf including compensation in the manner as provided under this Act:

Provided that where an allottee does not intend to withdraw from the project, he shall be paid, by the promoter, interest for every month of delay, till the handing over of the possession, at such rate as may be prescribed.

(2) The promoter shall compensate the allottees in case of any loss caused to him due to defective title of the land, on which the project is being developed or has been developed, in the manner as provided under this Act, and the claim for compensation under this subsection shall not be barred by limitation provided under any law for the time being in force.

(3) If the promoter fails to discharge any other obligations imposed on him under this Act or the rules or regulations made thereunder or in accordance with the terms and conditions of the agreement for sale, he shall be liable to pay such compensation to the allottees, in the manner as provided under this Act.

Moreover, Section 88 of the RERA Act, 2016  says that “The provisions of this Act shall be in addition to, and not in derogation of, the provisions of any other law for the time being in force” which means that  the home-buyer can also file a consumer complaint under the Consumer Protection Act,1986  for the deficiency of service on the part of promoter or builder in not giving the delivery of possession of flat or plot in question in time or for some structural defects in the building after the plot or building is delivered.

Which is the Authority to decide the disputes between allottees and promoter under RERA Act, 2016 ?

As per Section 43 of the RERA Act, 2016, The Real Estate Appellate Tribunal is the competent authority to adjudicate the dispute between home-owners and promoters.

Can the home-buyer file Consumer complaint under the Consumer Protection act for overcharging of Interest Free Maintenance Charges (IFMC) by the promoter or contractor?

The Supreme Court of India in a judgment dated 2 November 2020, passed in the case of M/s Imperia Structures Ltd v Anil Patni & Another (Civil Appeal No. 3581-3590 of 2020), held that the redressal mechanism/provisions under the Real Estate (Regulation and Development) Act, 2016 (RERA) do not act as a bar to complaints under the Consumer Protection Act 1986 (CP Act).

Therefore, as per the above mentioned Judgement of the Hon’ble Supreme Court of India the home-buyer in addition to filing a complaint before the RERA Tribunal can also file a Consumer complaint before the concerned Consumer Forums for deficiency of service on the part of promoter/contractor which can be misappropriation of IMFC, delay in giving possession of flats, structural defects in the flat or building after the possession of the  same is delivered to the allottee.