IS PROSTITUTION LEGAL IN INDIA? 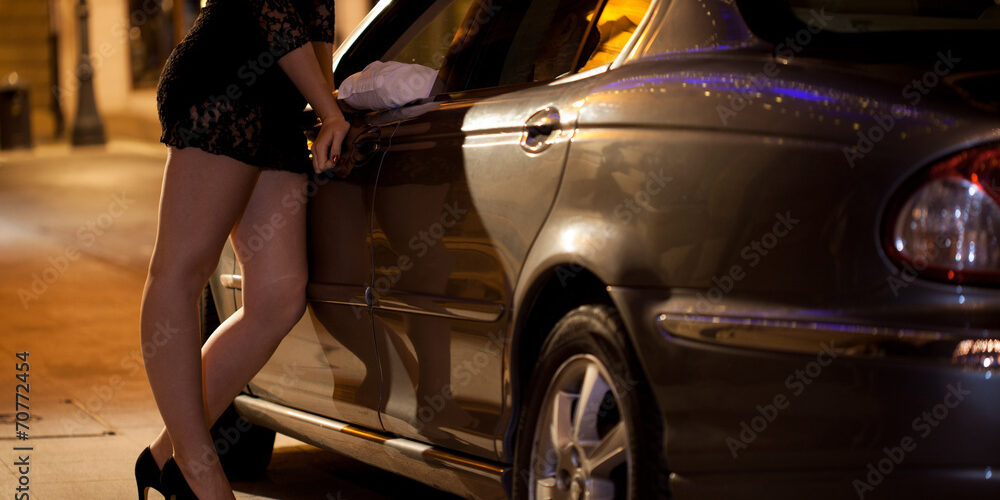 Prostitution is derived from the Latin word prostituere, which means to expose publicly. It is the practice of engaging in relatively indiscriminate sexual activity with someone who is not a spouse or friend in exchange for immediate payment in money or other valuables. Prostitutes can be female, male, or transgender, and prostitution can involve heterosexual or homosexual activity, but historically, the majority of prostitutes have been women, and the majority of clients have been men. Prostitutes in ancient India were treated similarly to government employees: they were allowed to form relationships, received a fixed income from the King, transferred her earnings from customers to the treasury, which was overseen by a Minister, and was supplied for her in old age.

PROSTITUTION IS LEGAL IN INDIA?

Prostitution is legal in India but only with certain limitations and restrictions. Prostitution is not technically banned in India because it is not expressly stated to be a crime by law; however a few behaviors associated to prostitution, such as maintaining brothel under section 3, solicitation, trafficking, and pimping, are all punishable offences in India under section 5 of THE IMMORAL TRAFFIC (PREVENTION) ACT (1956). This law essentially states that prostitutes are permitted to begin their trade in private but are not permitted to conduct their business in public. Clients may be arrested if they are found to be engaging in a sexual act in public, according to the act. If a person engages in pimping, he or she will face legal consequences; however, receiving money in exchange for sex with consent and without prior imploration may not be illegal in India. Bombay High Court in the case of Kajal and others v. State of Maharashtra CRIMINAL WRIT PETITION NO. 6065 OF 2019 held that the provisions of the 1956 Act clearly indicate that the purpose of the Act is not to abolish prostitution or the prostitute. There is no provision under the law which makes prostitution per se a criminal offence or punishes a person because he or she indulges in prostitution but educing someone for the purpose of prostitution or running a brothel, on the other hand, is unlawful. While ordering the release of three young female sex workers who had been detained at a correctional facility for nearly a year, the court noted that prostitution is not a criminal offence and that women have the right to choose their profession.

IF IT IS LEGAL, WHY IS IT BEING CARRIED OUT IN SECRET?

The sex worker is punished under Section 8 of The Immoral Traffic (Prevention) Act, 1956 (Act/ITPA) if he or she seduces or solicits a person for the purpose of prostitution. A sex worker is prohibited from making any gestures that may attract someone to prostitution, according to this provision.

The Indian Penal Code, 1860, also addresses prostitution; however it focuses on kidnapping and child prostitution. Under Sections 372 and 373, it is illegal to buy, sell, or import minors for the purpose of prostitution.

CAN ENGAGING WITH PROSTITUTES CAUSE TROUBLE LEGALLY?

Karnataka High Court granted a petition in which the court stated that a customer encouraging the services of a prostitute cannot be held accountable for any prosecution. In the case of Goenka Sajan Kumar v. State of A.P., Crl. Petition No.4161 of 2014

it was stated that, in order to be covered under the ambit of Sections 3, 4, 5 and 7 of the Immoral Traffic (Prevention) Act, 1956, it has to be established that:

In India, there has been a lot of discussion over giving prostitution legal status. Several countries, including Canada, France, Germany, Denmark, and Wales, have regulated and legalized prostitution. In Germany, for example, the industry is not only legal but financially taxed, and brothels are allowed to use HR companies to advertise and send employment offers. Germany also passed new legislation in 2016 to protect prostitutes by requiring a permit for all prostitution trades as well as a prostitute registration certificate. This type of system, in which the profession is regulated and the safeguards of sex workers are taken into account, tends to do less harm to sex workers, and better law enforcement protects the system from abuse and exploitation. These sex workers are not only exposed to dangerous sexually transmitted diseases such as HIV AIDS, but they also face police brutality, a drop in income, harassment, and other hardships. The Supreme Court itself proposed legalizing prostitution in 2009. Legalizing prostitution will help sex workers and society by Improvements in the working conditions of sex workers, trafficking is being reduced, Empowerment of sex workers, Minimization of minors’ involvement in prostitution and Reduction in rape cases.

WHAT IS THE PENALTY FOR ENGAGING IN PROSTITUTION RELATED ILLEGAL ACTIVITIES?

The above-mentioned activities such as maintaining brothel, solicitation, trafficking, and pimping,  attract heavy penalties such as rigorous imprisonment for example the minimum fine for running a brothel is of  1 year, a maximum of 3 years in prison, and a fine up to 2000 rupees. Procuring a girl child for prostitution carries a sentence of at least seven years in jail, with the possibility of life imprisonment, seducing or soliciting for prostitution carries a punishment of six months in prison or a fine of Rs. 500 for the first conviction, and a year in prison or a fee of Rs. 500 for the second conviction. Furthermore, Section 370A of the Indian Penal Code punishes the offender for exploitation of a trafficked minor with imprisonment for five to seven years.

Prostitution exists and will continue to exist despite bans and legal status due to variables such as poverty and unanticipated circumstances. Some governments have explicitly banned prostitution, while others have attempted to regulate it by offering health and social benefits to sex workers.  However, engaging with a prostitution is not criminal offence in India neither is being a prostitute. However, Prostitution is legal in India but only with certain limitations and restrictions. In Joseph Shine v. Union AIR 2018 SC 1676, Supreme Court of India held that Consensual sexual relations are not punishable under any law in the country. Court said “The autonomy of an individual to make his or her choices with respect to his/her sexuality in the most intimate spaces of life, should be protected from public censure through criminal sanction. The autonomy of the individual to take such decisions, which are purely personal, would be repugnant to any interference by the State to take action purportedly in the best interest of the individual.”