The Honourable Supreme Court of India has now very well settled a position of law regarding dismissing/disposing of the quashing petition under Section 482 of the CrPc or under Article 226 of the Constitution of India. The matter came up before the Hon’ble Apex Court in Neeharika Infrastructure Pvt.Ltd. v/s State of Maharashtra. The Apex Court clarified that when the investigation is in progress and the facts of the case  are not clear and the entire material/evidence is not before the High Court then High Court should restrain itself from passing the interim Order of not to arrest or “no coercive steps to be adopted”. The Hon’ble Apex Court further clarified that in such cases the accused should be consigned to apply to anticipatory bail under Section 438 Crpc.The Hon’ble Apex Court in this case has clarified the position of law regarding the situations and circumstances in which the High Court would be justified in passing the interim orders of either staying the further investigation in the FIR/complaint or interim order in the nature of “no coercive steps” or not to arrest the accused during pendency of investigation by the Police in the shape of following guidelines:- 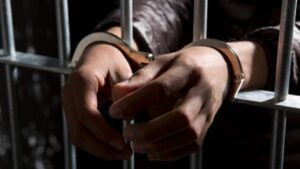 RBI ban on financial services to Cryptocurrency dealers set aside on grounds of proportionality: SC
April 30, 2021

Consumer Forum has no jurisdiction to extend time beyond 45 days for opposite party’s version : SC
April 30, 2021

Daughter has an equal right as Son as coparcener of a Hindu Undivided Family under Hindu Succession Act: SC
April 29, 2021