Legal Grounds for Divorce in India

You are here:
FAMILY LAWJUDGEMENTSLegal Articles 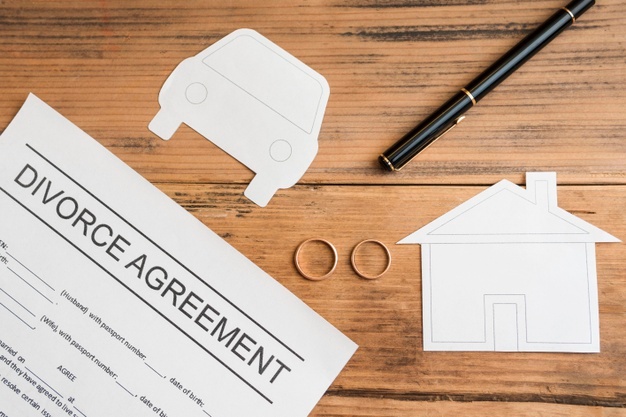 Divorce is no more a nightmare for spouses anymore. Gone are the days when people choose a bad, complicated, and disturbing marriage over society’s perceptions or family’s reputation. These days at least a certain ratio of the population is quite aware of their marital rights and obligations.

Well, this write-up is an endeavor to aware the common people around us regarding their marital rights and how they can seek legal divorce in India.

Here, our emphasis is on legal grounds to seek divorce under Hindu Marriage Act. This Act governs the divorce for the Jains, Sikhs, Hindus, and Buddhists.

9 Common Legal Grounds for Divorce under all Divorce Enactments

The nine common grounds for divorce under the above-cited enactments include:

Section 13 of the Hindu Marriage Act, 1995 enunciates grounds for Divorce

Let’s understand these legal grounds of divorce in a quite explained form with landmark judgments.

Cruelty is a subjective term; it includes both physical as well as mental cruelty. Precisely, it includes violent acts. However, it is to be noted that a mere quarrel, petty outrageous behavior, and differences in spouses’ opinions cannot be defined as cruelty.

Cruelty should be extremely grave and serious in nature. Grave violence is not only confined to physical violence, continuous mental and physical ill-treatment also amounts to cruelty.

Well, physical cruelty is easy to determine, let’s enlighten you regarding what amounts to mental cruelty:

Mental cruelty against the husband by wife includes:

Humiliating the spouse in front of his/her friends, making false allegations against each other, having extramarital affair outside the marriage, termination of pregnancy without husbands’ consent, constant asking for dowry, wife having an immoral character, the ill-treatment to the husband’s parents and family, and aggressive and uncontrollable behavior

Mental cruelty against wife by husband comprises of:

Earlier, mental cruelty was a ground for judicial separation only, but in a landmark case Narayan Ganesh Dastane Vs. Sucheta Narayan Dastane 1975, Supreme Court, expanded the ambit of cruelty by the inclusion of mental cruelty in the same.

The Supreme Court of India in this particular case held that the appellant’s contention regarding his wife being of unsound mind was not true. The contention regarding the respondent inflicting cruelty over appellant has been proven to exist within the ambit of Section 10(1)(b) of Hindu Marriage Act, 1955, but the appellant’s act of engaging in sexual intercourse with the respondent leads to ‘condonation cruelty’ in the eyes of law.

Desertion as a ground of divorce is enshrined under Section 13(1)(ib) of the Hindu Marriage Act, 1955.

Desertion is termed as, withdrawing from matrimonial obligations. It is a denial of living together which is the essence of any matrimonial relationship. Precisely, it’s a total repudiation of marital obligations without any reasonable cause.

To seek divorce on this ground, it is necessary to show that one party has deserted the other for a continuous period of not less than two years without any reasonable cause.

However, before granting the decree of divorce on this ground, the court must be fully satisfied that the respondent had animus deserendi i.e. intention to desert.

The wife peacefully resided with her husband. He went to England for a few months, the wife developed intimacy with the old friend of his husband in his absence. Eventually, she was caught by her husband and when her husband asked her about this, she kept mum and left for her parent’s house.

The Supreme Court held that, though the wife left the matrimonial home without any reasonable cause, she will not be guilty of desertion if she subsequently shows an intention to return. So, there was no ‘animus deserendi. The offense of desertion commences when there is an intent to desert from one party towards another.

Desertion is categorized as actual or constructive. Desertion is not withdrawal from a particular place, rather it is withdrawal from a particular state of things. Supreme Court held, that desertion may not always be a physical separation. It may be in the form of virtual separation also i.e. the spouses may be staying together but may not be fulfilling the conjugal obligation. If one spouse intends to neglect another spouse then it amounts to constructive desertion even if they are residing in the same house.

Insanity is a valid legal ground for divorce under Section 13(1)(iii).

The Supreme Court had interpreted Section 13(1)(iii) in the well-known case of Ram Narain Gupta vs Smt. Rameshwari Gupta (1988). The Supreme Court comprehensively explained the respective provision and held that the provision does not attach significance to mental disorder belonging to any degree to be a strong ground to dissolve a marriage.

The burden of proof of showing the presence of a requisite degree of mental illness lies on the spouse who claims such mental disorder in the other spouse.

If one of the spouses converts his religion to any other religion without the prior consent of the other, then the other spouse can file a petition seeking the remedy of divorce.

In Suresh Babu vs Leela

In this case, the wife was granted divorce by a court of law as her husband converted himself into Muslim and marries another woman.

Renunciation means when one of the spouses decides to renunciate the world and walk on the path of God, the other spouse demands the divorce.

Under this ground the party who renunciates the world is considered as civilly dead and considered as a valid legal ground for divorce.

This ground comes in the picture when the person is presumed to have died if the family or the friends of that person does not hear any news about the person alive or dead for continuous seven years. In this case, the burden of proof is on the person who demands the divorce.

For instance: A was missing for the last nine years and his wife B does not get any news about him of being alive or dead. In this case, B can approach the court and seek a divorce.

Under this ground, if the disease is communicable and it can be transmitted to the other spouse, then this is deemed as the valid ground to file a petition for the dissolution of marriage.

Supreme court held that on the ground of venereal disease husband or wife both can get a divorce, and a person who has suffered from the disease cannot be said to have any right to marry even before marriage, as long as he is not completely cured of the disease.

Section 13-B, of the Hindu Marriage Act, states that both the parties can document a joint petition for divorce by means of mutual consent, provided they were living separately for a span of 365 days.

Besides the above-cited grounds, wives are privileged with a few more special grounds which includes:

Secondly, where the husband is found guilty of unnatural offenses like sodomy or bestiality, rape, corruption, etc.

Thirdly, where her marriage is whether consummated or not was solemnized before attaining 15 years which is illegal.

Well, we have cited all the legal grounds of divorce that are beautifully enshrined in all the settled matrimonial laws. With the help of these norms, any aggrieved spouse can seek court and file a petition for dissolution of marriage, thereby, free themselves from toxic marriages.

These grounds of divorce are designed by a court of law to maintain the sanctity and respect of marriage institutions. And to keep maintaining people’s faith in the solemnization of marriage.

Hopefully, we have helped our readers with this piece of information. For any further queries and legal assistance, you can drop down the same in the comment section below.