LEGALITY OF WEED IN INDIA 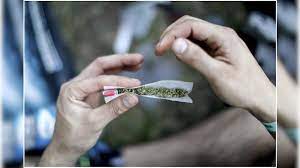 The central law that deals with cannabis (weed or marijuana) in India is the Narcotic Drugs and Psychotropic Substances Act, 1985. However, states have their own laws relating to consumption, possession, sale or purchase of weed or marijuana. In India, possession of these drugs is considered a criminal act.

For instance, Odisha is a state in which weed is legal in India and people commonly use ‘chillums’ to smoke weed within the state’s territory. Uttarakhand is the first state in India to allow commercial cultivation of Hemp. Since it requires less amount of water, many other hilly states are considering the proposal to allow controlled production of Hemp, and marijuana.

The NDPS Act defines ‘cannabis’ as:

The definition of cannabis under the NDPS Act excludes bhang as a part of the plant as well.

Penalties in case of possession of drug

Laws with reference to Juveniles

The various laws that deal with possession and consumption of drugs in India by juveniles, or children below the age of 18 years are as following:

Punishment for carrying drugs (Weed or Marijuana) in India

As per section 20 of Narcotic Drugs and Psychotropic Substances Act, 1985 the production, sale/purchase, transportation, interstate import/export or any other commercial activity of cannabis is punishable.

The small and commercial quantity of various drugs in India are as follows:

Recreational and Medical use of Weed

There are two kinds of weed-