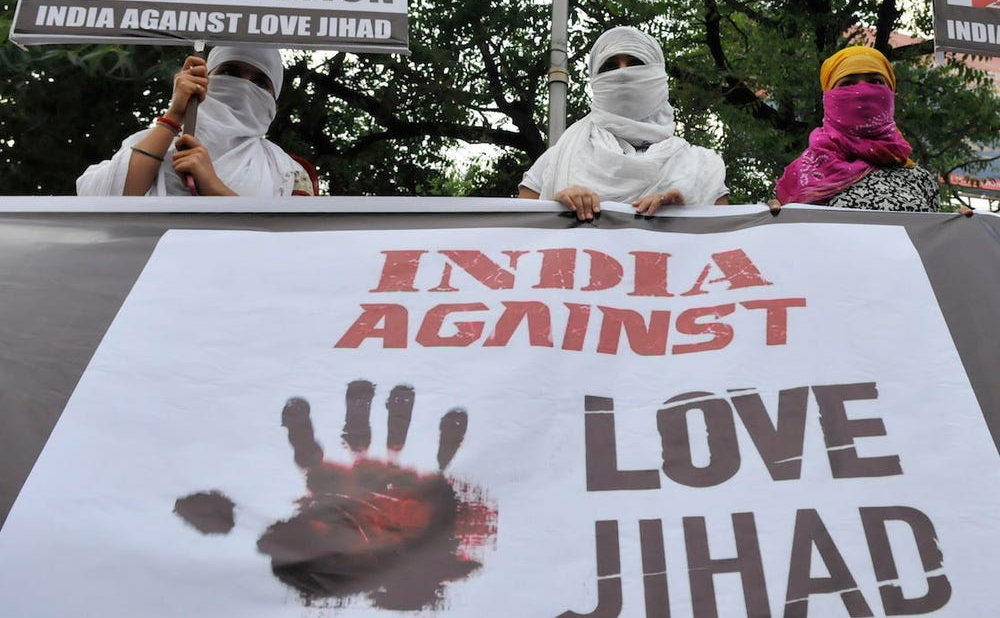 Gujarat Assembly passed the ‘Love Jihad’ bill that amends the Freedom of Religion Act and penalises the act of forceful conversion of the religion of women on the pretext of marriage.

The bill that amends the 2003 Freedom of Religion Act seeks to curb the “emerging trend in which women are lured to marriage for the purpose of religious conversion” as per its “statement of object,” has been passed in Gujarat Assembly.

The Bill has provisions for 3-10 years in jail and a fine of up to ₹5 lakh if the accused is found guilty.

The Gujarat Freedom of Religion Act, 2003, deals with religious conversion “through allurement, force or by misrepresentation or by any other fraudulent means”.

Gujarat’s Deputy CM Nitin Patel contended that the amendment was not to target any specific community and if Hindu men forced girls of other communities , they would also face the same law and rules.

Additionally, marriages solemnised for the purpose of such conversion will be declared void and the burden of proof shall lie on the accused. 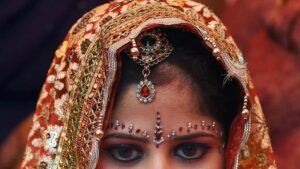 Many say conversions happen when couples opt for a religious marriage to “escape” India’s Special Marriage Act of 1954,which allows interfaith marriages only after a month’s notice to the authorities containing the couple’s personal details. So couples fear that their families will intervene to prevent the wedding.

Any person desiring to convert before or after an inter-faith marriage must go through an elaborate legal procedure which begins by giving a declaration to a Court at least sixty days in advance stating that he or she wishes to convert his or her religion. The Court would then order an enquiry into the “real intentions, purpose and cause” of the proposed conversion.

Love jihad is not just about the Hindu-Muslim divide but is intrinsically tied to Indian caste system with its roots in the early 20th century , when some Muslim and Christian organisations were able to convert several lower castes such as sweepers , Chandals , Chamars , Doms , and Lai Begis in various towns of Uttar Pradesh. The publicists of the Arya Samaj and the Hindu Mahasabha lamented these conversions as they felt the Hindu numbers were declining and launched a massive campaign against conversion to Islam and Christianity . At the heart of the love jihad is the upper-caste Hindu man’s fear of the lustful Muslim man who is supposedly after the Hindu woman. It is the sexual potency of the Muslim man that is feared , one that makes the Hindu man feel insecure and inadequate. In this discourse, it is the Hindu man who is the victim .The lusty Muslim did not stop at stealing their women but also attacked the cows and the lower castes and untouchables by means of conversion. Thus the Hindu fear of losing their women , their cows and their numerical strength to the conversion of the lower castes to Islam were all tied to the Muslim man.

When a Hindu man marries a Muslim woman , it is portrayed as romance and love by Hindu organisations , while when the reverse happens it is depicted as coercion.

Religion is a volatile issue in India and religious conversions add more to the volatility of the issue therefore various state governments have enacted anti-conversion laws with the purported aim of preventing conversions brought about by coercion or inducements.

The nation holds together 122 languages and 1599 dialects . We eat differently , worship different gods , celebrate differently . There are 3000 castes and 25000 sub castes in India.

And outside this  caste system remains the untouchables, the tribals whom we black out.The great British-born anthropologist Verrier Elwin was a Christian missionary who came to India to convert the natives, met Gandhi, worked among the tribals, and converted to Hinduism. 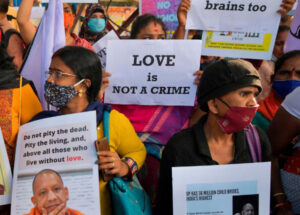 This law stands in conflict with India’s international obligations under the ICCPR. Article 23 of the ICCPR recognizes the right of every person who has attained the marriageable age to marry and find a family of his choice. In its interpretation, the Human Rights Committee notes that this right is complemented by Article 17 of the ICCPR which prohibits unlawful or arbitrary state interference with the family of an individual.

This move brings in a new challenge for inter-faith marriages in India which already faces immense pressure and backlash from the society. “Honour killings” or violence against people pursuing relationships outside their caste or religion is still a reality in India despite stern response from the Supreme Court. The deliberate use of the term “jihad” which is the Islamic term associated with religious war or effort targets the Muslims of the country as per allegations of minority community.

Yet, despite this, India survives because it celebrates its differences. That’s why our soldiers who defend the borders come from all parts of India, pray to different Gods ,belong to all castes, and yet fight together to preserve the integrity of India. Thus, certainly India is a great country.