ABORTION IS A WOMEN’S RIGHT !!

Abortion or the medical termination of pregnancy as it is referred to in legal parlance, was illegal in India until 1971, as Section 312-316 of the Indian Penal code,1861 made it a criminal offence.

The Bill seeks to amend the Medical Termination of Pregnancy (MTP) Act, 1971. This Act covers abortions in India. It had been amended in 1975 and 2002. Before the enactment of this legislation, abortion was prohibited under Section 312 of the Indian Penal Code.

According to this Medical Termination of Pregnancy Act, 1971, a pregnancy may be medically terminated by a registered medical practitioner :

Proposed Features of the New Bill

The Medical Termination of Pregnancy Act required amendments because it was outdated in many aspects and had failed to take cognizance of the latest developments in the field of medical science. Current medical technology allows abortions at advanced stages of pregnancy.

Also, the provision that minors requiring abortions should get written consent from parents/guardians was regressive in some respects. The new bill has removed this requirement.

The older enactments led to many quacks and unqualified persons running illegal abortion clinics endangering the lives of many women. It is expected that the new amendments will help tackle these issues and bring more abortions into the organized domain, wherein qualified medical practitioners can take decisions and perform safe abortions. 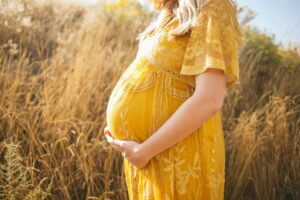 The intended benefits of passing the amendments are discussed below :

A few concerns have also been raised with regard to the new amendments. Some of them are:

The decision to not bring a child to life is a tough call for a mother. Pregnancy is not just physically consuming but involves a lot of emotions. However, if a woman makes the hard choice of terminating her pregnancy, she must not be left vulnerable to an unfavorable third-party opinion.

That the right to make reproductive choices is a component of the personal liberty of women has been well recognized by the Supreme Court of India.

The legislators must strive to make induced abortion less conditional and more dependent on the will of the pregnant woman.

The role of a medical practitioner must be limited to recording consent and adopting a safe procedure. It’s time to restore autonomy to a woman so that she can be an independent arbiter on matters relating to her bodily integrity.