ONE NATION ONE ELECTION -ENSUING BENEFITS 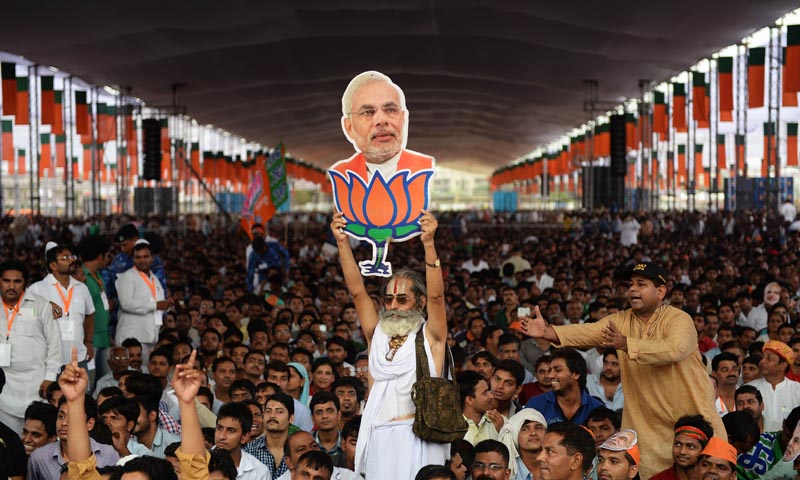 The One Nation One Election, idea is about structuring the Indian election cycle in a manner so that elections to the Lok Sabha and the State Assemblies are synchronized together so that the election to both can be held within a given span of time.

In India, there are three levels of government, i.e., Centre level, State level, and Local level.

The country has adopted a quasi-federal set-up in our Constitution. India is neither unitary like Britain nor fully federal like the US. Members are elected for the Lok Sabha and the Legislative Assembly.

But, the idea of “One Election One Nation” envisages a system where election to all states and the Lok Sabha will be held simultaneously. This will involve the restructuring of the Indian Election Cycle in a manner that elections to the state and center are synchronized. This would mean that voters will cast their votes for electing members of Lok Sabha and state assemblies on a single day, at the same time (or in phased manner as the case may be).

The Election Commission is one agency in India that works round the clock, throughout the year. The Panchayat, District Board, State Assemblies, Legislative Council, Lok Sabha, Rajya Sabha, President, Vice-President all require supervision by the Election Commission of India. Enumeration of votes, verification of voters’ list and delimitation of constituencies take up almost all the time of the Commission.

ONE NATION ONE ELECTION – TRACES

Simultaneous elections are not new to India. They were the norm until 1967. But following the dissolution of some Legislative Assemblies in 1968 and 1969 and that of Lok Sabha in December 1970, elections to State Assemblies and Parliament have been held separately.

The idea of reverting to simultaneous polls was mooted in the Annual Report of the Election Commission in 1983. The Law Commission’s report also referred to it in 1999. The recent push came ahead of the 2014 Lok Sabha polls in BJP manifesto.

A further push for the One Nation One Election came from the PM Narendra Modi in 2016. The Niti Aayog prepared a working paper on the subject in January 2017. Taking it a step further, The Law Commission Submitted a draft report to government on August 30, 2018, endorsing the proposal. It even recommended changes to the Constitution and Electoral law so as to enable holding simultaneous polls.

Recently, the Prime Minister of India addressed the concluding session of the 80th All India Presiding Officers Conference via videoconference, at Kevadiya (Gujarat) on the occasion of Constitution Day, 26th November 2020.The theme of the Conference was ’Harmonious Coordination between Legislature, Executive and Judiciary: Key to a Vibrant Democracy.’

The P.M. raised the pitch for One Nation One Election, and a Single Voter List for all for all polls and also asked the presiding officers to simplify the language of statute books and allow for an easier process to weed out redundant laws.

ONE NATION ONE ELCTION- LAW COMMISSION REPORT OF 2018

Supporting the idea of One Nation One Election the Law Commission of India said the time has come that India reverts back to the old system when elections to the state assemblies and the Lok Sabha were held at the same time.

The Law Commission said that holding simultaneous elections to the Lok Sabha and state assemblies is a solution to prevent the country from being in constant election mode; And will help save public money and reduce the burden on administration and security forces. The Commission said this will also ensure better implementation of government policies.

one nation one election-Supporting the idea of One Nation One Election the Law Commission of India said the time has come that India reverts back to the old system when elections to the state assemblies and the Lok Sabha were held at the same time.

However, The Commission said that it aware of the fact that it not possible to hold simultaneous elections within the existing Constitutional framework. The draft has suggested “certain inevitable constitutional amendments”. “The Commission has ensured that the amendments to the Constitution and other statutes are kept to the barest minimum.

The Commission’s analysis of financial implications, logistical issues, effect of Model Code of Conduct and constitutional and legal provisions, with regard to holding of simultaneous elections in the country points to the fact that there is a feasibility to restore simultaneous elections as it existed during the first two decades of India’s independence.

The Commission said that while preparing the recommendations, adequate care was taken to ensure that citizens’ rights are not compromised in any manner. . The issues of democracy, basic structure, federalism, among others, have been appropriately addressed.

Commenting upon the political allegations against the current government that questions its intent, the draft said, “There have been allegations and accusations in the media that such a move is politically motivated. The Commission, in its study looked into these allegations and concluded that the intent of the legislature(s), as and when a statute is enacted, cannot be questioned.”

Quoting a Supreme Court verdict, the Commission said when “something is done in greater national interest, [it] may appear to some as not right”. “Those who are against the idea of holding simultaneous elections will tend to look at it from a bleak perspective and will put to forefront its disadvantages only,” the Commission said. It added that if the idea is looked at in a broader perspective, “it [simultaneous elections] will be seen that it is for the larger public good and welfare of the country”.

Meanwhile, the Commission has also sounded a note of caution and said that this should be done only after taking all stakeholders into confidence. “Any law that is not acceptable to the masses is not capable of being implemented. Hence, a move towards holding simultaneous elections will have to be made after building a political and public consensus,” it said.

ONE NATION ONE ELECTION- SUPPORT

ONE NATION ONE ELECTION- CRITICISM

Good governance, and not holding polls, should be the objective of democracy. Election is just a means in democracy, but repeated elections show that it has become the objective of a democracy. Governance lags behind and repeated elections become a hurdle in the way of development. While One Nation One election will result in huge savings in expenditure, it cannot be achieved without draconian changes to our Constitution. And the biggest challenge for it shall be making all political parties reach a consensus to it.