POLICE ARREST AND YOUR LEGAL RIGHTS 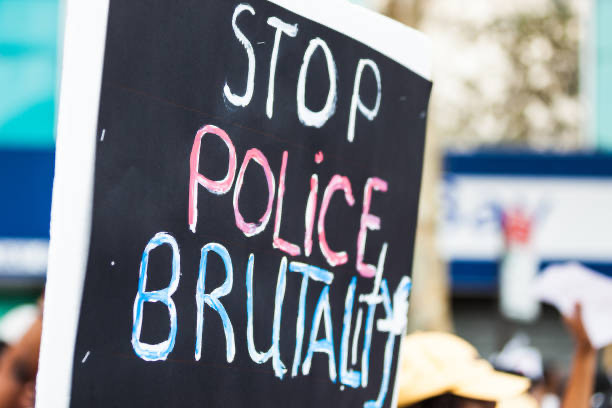 In the context of the phrase “innocent until proven guilty,” it’s clear that the prosecution in India bears the burden of proof in proving any allegation. An accused cannot be considered a criminal until and unless he or she is proven guilty. Every citizen in India is presented with certain rights that are absolutely fair without any prejudice in the spirit of common brotherhood and conscience like the right to life, right to equality, right to freedom, right to education, right to equality, right to freedom of religion and many more. However, the same rights of a person can get surrendered if the person gets detained/ arrested for committing a crime. Although an arrested person too has certain rights that are explained below.

Article 22(1) of the Indian Constitution states that no police officer may arrest anyone without first informing the accused of the reason/ground for his detention/arrest.

Section 50 of the Code of Criminal Procedure (CrPC), prescribes any police officer who has the authority to arrest someone without a warrant must inform the person being arrested of the crime for which he is being arrested, as well as any other relevant grounds for the arrest. This is a police officer’s obligation, which he cannot refuse.

Section 50A of the CrPC requires the person/police official arresting a person to notify any of his relatives or friends who may be interested in the arrest.

Section 55 of the CrPC, prescribes whenever a police officer authorizes his subordinate to make an arrest without a warrant, the subordinate officer must notify the person arrested of the substance of the written order, which must include the offense and other grounds for arrest.

Section 75 of the CrPC, prescribes the police officer (or any other officer) executing the warrant should inform the person arrested of the substance and, if necessary, show him the warrant.

Article 22(2) of the Indian Constitution, a police officer who makes an arrest must produce the arrested person before a Magistrate within 24 hours of the arrest; failure to do so renders him liable for wrongful detention.

Section 55 of the CrPC prescribes if a police official makes an arrest without a warrant, he must produce the arrested person without undue delay before the Magistrate with jurisdiction or a police officer in charge of the police station, depending on the circumstances of the arrest.

Section 76 of the CrPC prescribes an arrested person must be produced in court within 24 hours of his arrest, excluding the time required for travel from the place of arrest to the Magistrate Court.

Section 50 (2) of the CrPC prescribes when a person is arrested without a warrant for an offense other than a non-cognizable offense, he has the right to be released on bail by making arrangements for sureties or simply being informed of his right.

Article 14 of the Indian Constitution, “every individual is equal before the law,” means that all parties in a legal dispute must be treated equally. The principle of natural justice must be applied equally to both parties.

The right of a prisoner to consult his lawyer during interrogation is stated in Section 41D of the Criminal Procedure Code.

Article 22(1) of the constitution, an arrested person has the right to appoint a lawyer and to be represented by a pleader of his choice.

Section 303 of the Criminal Procedure Code, prescribes anyone accused of committing a crime before a criminal court or facing criminal charges has the right to be represented by a lawyer of his choice.

Article 39A of the Indian constitution is an effort to secure justice, the government enacted Article 39A, which provides free legal aid to those in need.

This right was also expressly granted in the case of Khatri vs. State of Bihar 1986 SCR (1) 590. The court ruled that it was necessary “to provide free legal aid to the indigent accused person.” It is also given when the accused is brought before the Magistrate for the first time, along with the start of time. Even if the accused does not apply for it, his or her right cannot be denied. If the state fails to provide legal aid to an indigent accused person, the entire trial will be declared null and void.

The right to remain silent is not mentioned in any Indian law; however, its authority can be derived from both the CrPC and the Indian Evidence Act.

The right to remain silent is primarily related to the accused’s statement and confession in court. Furthermore, it is the magistrate’s responsibility to determine whether any statement or confession made by the accused person was made voluntarily or after the use of force and manipulation. As a result, police or any other authority are not permitted to compel an accused person to speak in court.No one can be forced to testify against himself, according to Article 20 (2) of the Constitution of India. This is the self-incrimination principle.

In Nandini Satpathy vs P.L Dani AIR 1997 (1) SCC 416. It was stated, “No one can force any person to give any statement or to answer questions and the accused person has a right to keep silence during the process of interrogation”.

If an arrested person claims that a medical examination of his body would lead to a detail that would dismiss the fact of his commission of the crime, or a detail that might lead to evidence of the commission of the crime by another person against him. The court has complete discretion to order a medical examination of an accused person upon his request, and the court will do so if it is satisfied that the request is not being made to obstruct or defeat justice.

India has a significant problem with illegal arrests and custodial deaths. The essence of Article 21 of the Indian Constitution, as well as the fundamental human rights guaranteed by the Universal Declaration of Human Rights, are jeopardized by these issues. The Supreme Court of India’s stipulations in D.K. Basu v/s West Bengal are not being properly implemented, so it is urgent to try and implement the issued provisions and guidelines properly, which will undoubtedly yield better results and, in turn, will help reduce the number of illegal arrests and resulting custodial deaths.