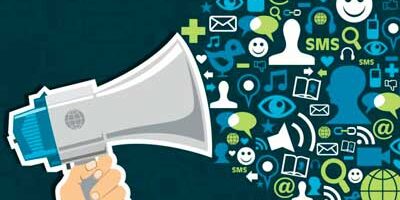 The Information Technology Act, 2000 also Known as an IT Act is an act proposed by the Indian Parliament reported on 17th October 2000. This Information Technology Act is based on the United Nations Model law on Electronic Commerce 1996 (UNCITRAL Model) which was suggested by the General Assembly of United Nations by a resolution dated on 30th January, 1997. It is the most important law in India dealing with Cybercrime and Electronic Commerce.

The main objective of this act is to carry lawful and trustworthy electronic, digital and online transactions and alleviate or reduce cybercrimes. The IT Act has 13 chapters and 90 sections. The last four sections which starts from ‘section 91 – section 94’, deals with the revisions to the Indian Penal Code 1860.

A major amendment was made in 2008, It introduced Section 66A which penalized sending “offensive messages”. It also introduced Section 69, which gave authorities the power of “interception or monitoring or decryption of any information through any computer resource”.

The offences and the punishments in Information Technology Act 2000

* Tampering with the computer source documents.

* Directions of Controller to a subscriber to extend facilities to decrypt information.

* Publishing of information which is obscene in electronic form.

* Penalties for confiscation not to interfere with other punishments.

* Act to apply for offence or contravention committed outside India.

* Power of Controller to give directions.

IS SOCIAL MEDIA A HUMAN RIGHT? 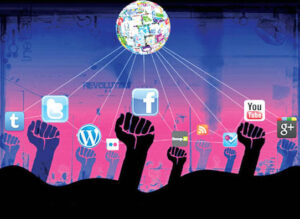 Each country’s level of internet and digital media freedom is based on two key components — access to the relevant technology and the free flow of information through it without fear of repercussions. The index measures not only internet freedom, but also access and openness of other digital means of news media transmission, particularly mobile phones and text messaging services.

Nearly a third of the world’s population uses the internet, and an even greater portion possesses a mobile phone. The internet has transformed the way in which people obtain news, conduct business, communicate with one another, socialize, and interact with public officials. Concerned with the power of new technologies to catalyze political change, many authoritarian states have taken various measures to filter, monitor, or otherwise obstruct free speech online.

Social media allowed ordinary people, civic groups, and journalists to reach a vast audience at little or no cost. A number of social movements came up on social media with hashtags in order to bring in public together at the vast scale.

By filtering human rights through the social media lens, #MeToo created a new human rights language without the terminology used by traditional actors such as international institutions, governments, academics and NGOs. Instead, #MeToo focused on ‘people’s lives… a very touchy private, deeply personal thing.’ This use of personal language and experience has been shared by women around the world in a way that the legal language of human rights has not. The movement was unique in that it does not rely solely on traditional power brokers to demystify human rights ideas. Every woman who shared an experience via the #MeToo hashtag added to the unfolding conversation, by interpreting her own perception of rights in light of her personal experience.

Paid advertising may respect human rights, but fake news rigs and distort the democratic debate. Yet it is a difficult task to deal with fake news. Should social media companies, such as Facebook, just suppress them? However, suppression of fake news is synchronously suppression of free speech which is a human right in itself.

The 2021 election calendar is packed first phases of staggered elections were held in West Bengal and Assam last week Puducherry, Tamil Nadu and Kerala go to polls on April 6; followed by remaining polls in West Bengal and Assam that will round up the assembly poll cycle by May. Facebook’s election mantra seems to be aimed at weeding out hate speech and curbing any nefarious mechanism that influences voter decisions.

The ruling government asked Twitter to block more than 2,700 web pages last year, citing national security concerns and the need to maintain public order, according to government data reported by The Print. Similar requests over the last five years speak to a worrying trend: such government requests in 2020 more than doubled since 2019, and overall, government demands to block web pages have risen ten-fold since 2016.

Twitter’s relationship with the government has been rocky lately it oscillated between blocking-and-unblocking accounts critical of the government’s stance on the farmers’ protest last month, published a statement that indicated its willingness to fight for free speech, but was subsequently pulled into submission after the central government threatened legal action. The increased demands under the information technology law give shape to an ethical conundrum, one that pivots around Twitter’s role in a struggling democracy and the need to protect free speech.

A 22 year old indian climate activist was arrested after sharing a document intended to help farmers protest against new agricultural laws. Police said that Disha did the main formulation and dissemination of the document.

Ambikesh Mahapatra, a professor of chemistry in Jadavpur University in West Bengal, was arrested for posting a cartoon on West Bengal Chief Minister Mamata Banerjee on social networking sites.

Two Air India employees were arrested by the Mumbai Police for putting up on Facebook and Orkut content that was against a trade union leader and some politicians. They were in custody for 12 days.

Shaheen Dhada was arrested for questioning the shutdown of Mumbai following the death of Shiv Sena supremo Bal Thackeray in her Facebook post, which was liked and shared by her friend, Renu, who was also arrested by the Thane Police in Maharashtra.

so the question in turn rises are the people really aware of the dire consequences for doing anything on social media?

A STEP TOWARDS BETTER DEMOCRACY

The Supreme Court had struck a body blow for the basic right of free expression by striking down this provision in its entirety. The Hon’ble Supreme Court observed as on 24th march 2015

“Section 66A is cast so widely that virtually any opinion on any subject would be covered by it, as any serious opinion dissenting with the mores of the day would be caught within its net. Such is the reach of the Section and if it is to withstand the test of constitutionality, the chilling effect on free speech would be total.”

The Hon’ble Supreme striking down the validity of Section 66A of the IT Act held, “We, therefore, hold that the Section is unconstitutional also on the ground that it takes within its sweep protected speech and speech that is innocent in nature and is liable therefore to be used in such a way as to have a chilling effect on free speech and would, therefore, have to be struck down on the ground of overbreadth.”

Section 66A of the IT Act as it stood was so vague that law enforcement authorities interpreted opinions liberally in a manner as being worthy of putting citizens behind bars.

It would,be fair to say that with democracy in progress, India took a solid step towards the maturing of democratic principles.