The preliminary inquiry can be made in matrimonial disputes/family disputes/criminal offences / medical negligence cases, corruption cases and cases where there is an abnormal delay in initiating criminal prosecution for more than three months in reporting the matter without satisfactory explanation for the delay. The preliminary inquiry has to be completed within seven days and the delay if any, should be reflected in the general / daily diary of the Police Station. 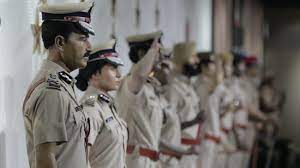 Therefore, conducting the investigation into an offence after registration of FIR under Section 154 Cr. P.C. is the procedure established by law and the same is in conformity with Article 21 of the Constitution of India.

Registration of FIR under Section 154 Cr. P.C. and arrest of the accused are entirely different things. The arrest of the accused is not automatic on registration of an FIR. The arrest cannot be made in a routine manner on a mere allegation of commission of an offence. It would be prudent for a Police Officer not to arrest a person without a reasonable satisfaction after some investigation as to the genuineness and bona fide of a complaint and reasonable belief in the context of complicity of the accused. The arrest of person and registration of FIR are not directly linked as both have two concepts, operating under different parameters. Misuse of aforesaid concept would result in action against the Police Officer under Section 166 IPC.

Registration of FIR is mandatory under Section 154 Cr. P.C., if the information discloses commission of a cognizable offence. No preliminary inquiry is permitted in such a situation. Preliminary inquiry can be conducted in matrimonial cases, cases relating to family disputes, commercial offences, medical negligence cases, corruption cases and the cases where there is abnormal delay of more than 3 months in initiating criminal prosecution or reporting the matter to the police without satisfactory explanation.