Right to Information Act- How much it is useful. 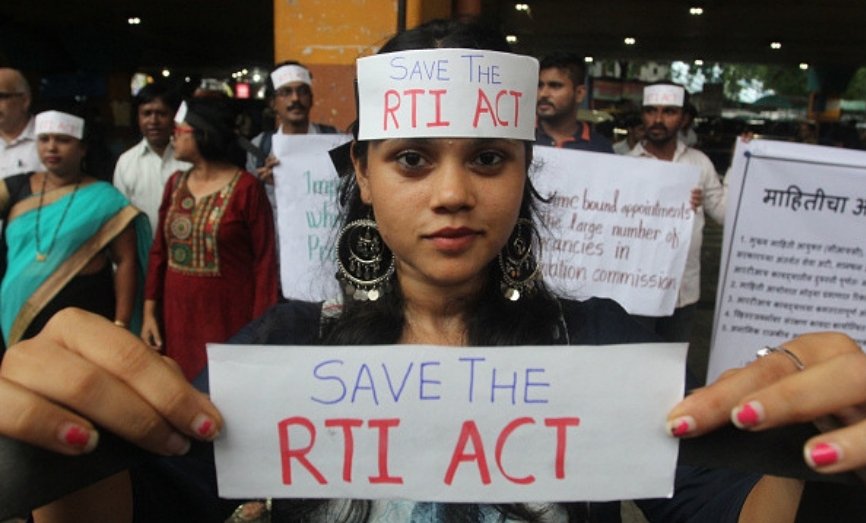 Information empowers and enables people; pushes them towards exercising their legal, social, economic, and political rights. It spreads awareness among citizens and creates a culture of transparency and accountability so as to make the system of governance of a nation more responsive and alert.
In India, it all started with petitions moved by the press to the Supreme Court, relating to issues of enforcement of the right to freedom of speech and expression. Access to information was realized as being a key tool to fight corruption and wrongdoing, the public has a right to scrutinize the actions of its leaders and engage them in a full and open debate – the free flow of information is a must for a society so diverse in its mind-sets.
The Supreme Court, way back in State of U.P v. Raj Narain – a 1974 case, recognized the ‘right to know’ as a right inherent in Fundamental Right to freedom of speech and expression guaranteed under Article 19(1)(a) of the Constitution.

Consequently, The Right to Information (RTI) Act 2005 was passed to empower the citizens, promote transparency and accountability in the working of the Government, contain corruption, and make our democracy work for the people in a real sense.

Information as a term has been derived from the Latin words formation and forma which means giving shape to something and forming a pattern respectively. Information is needed by human beings to realize their full social, political and economic potential. It is the key that helps make decisions.

This act is applicable throughout India except in the state of Jammu and Kashmir. (Jammu and Kashmir have a similar act which was enacted in 2009.) This law is very comprehensive and covers almost all matters of governance and has the widest possible reach, being applicable to Government at all levels- Union, State, and Local as well as recipients of government grants.

The Right to Information Act is in accord with Article 19 of the Constitution of India, which enables Indians to exercise their fundamental Right of Speech, Expression and as often interpreted by the Supreme Court the inalienable Right to receive and impart information. Currently, the RTI Act in India is passing through a decisive phase, much more needs to be done to facilitate its growth and development.

Is Right to Information Act useful?

This Act does not create a new bureaucracy for its implementation. Rather, it mandated the government officials to change their attitudes and duty from one of secrecy to one of sharing and openness.
It empowers the Information Commission to be the highest authority in the country to mandate government offices to provide information in accordance with the provisions of the Act. It also empowers the Commission to fine the officials who do not follow the mandate to make them accountable.
This Act also empowers the poor and the marginalized by giving them the right to demand and get information about government policies and actions. This, in turn, leads to their welfare.
It has exposed the offenses at high places, such as in the organization of the Commonwealth Games and allocation of 2G spectrum and coal blocks.
RTI allows the public to have access to the government’s records so that they can scrutinize and analyze what the government does and how effectively. Therefore, the government is more accountable to the people.
It further improves the decision-making capacity of the policymakers by removing unnecessary secrecy.

What are the rights available under the Right to Information Act,2005? 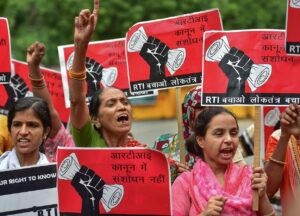 Right to Information Act 2005 empowers every citizen to
1. Ask any questions from the Government or seek any information
2. Take copies of any government documents
3. Inspect any government documents.
4. Inspect any Government works.
5. Take samples of materials of any Government work.
What are the changes made in the RTI (Amendment) Act, 2019?
The term in office: As per the RTI Act, 2005, the Chief Information Commissioner (CIC) (at the Central and state level) will hold office for a term of 5 years. The Amended Act removes this provision and states that the Union government will notify the term of office for the CIC and ICS
Salaries: The RTI Act, 2005 states that the salary for the CIC and IC (at the Central level) will be equivalent to the salary paid to the Chief Election Commissioner and Election Commissioners respectively. The amended Act removes these provisions and states that the salaries, allowances, and other terms and conditions of services of the Central and State CIC and ICs will be determined by the Central government.
Salary deduction: The 2005 Act states that at the time of appointment of the CIC and ICs (at the RTI Central and state levels) if they are receiving pensions or any other retirement benefits for the previous government services, their salary will be reduced by an amount equal to the pension. The 2019 amended Act removed this provision.
Can RTI Act be used to obtain the personal information of any person?

The aim and object of the Right to Information Act,2005 is to bring the truth to the public domain. The Act should not be used for wreaking private vengeance or blackmail any person, therefore keeping this in mind there are sufficient safeguards under Section 8 of the Right to Information Act,2005 which states that any information which relates to the private affairs of any individual shall not be disclosed.

Is there any time limit for providing the information under the Right to Information Act,2005?

In case the information pertains to the life and liberty of an individual then you are bound to get that information within 48 hours.