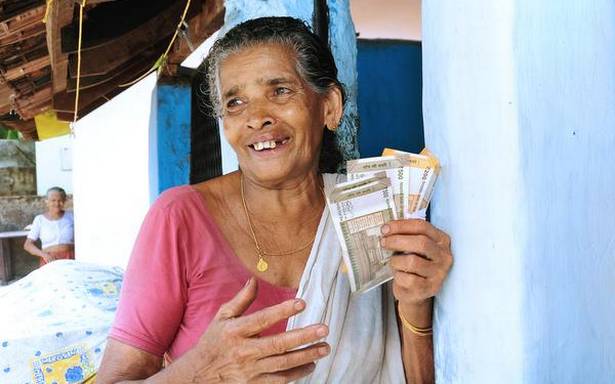 The Supreme Court observed that salaries and pensions are rightful entitlements of Government
employees and the Government which has delayed the payment should be directed to pay
interest at an appropriate rate.

The Supreme Court bench comprising justices D Y Chandrachud and M R Shah added
“Salaries are due to the employees of the State for services rendered. Salaries in other words
constitute the rightful entitlement of the employees and are payable in accordance with law.
Likewise, it is well settled that the payment of pension is for years of past service rendered by
the pensioners to the State. Pensions are hence a matter of a rightful entitlement recognised by
the applicable rules and regulations which govern the service of the employees of the State.”

This order of the Supreme Court came in the case of State of Andhra Pradesh vs. Dinavahi
Lakshmi Kameswari

The background of the case is that The Andhra Pradesh High Court had allowed a Public
Interest Litigation filed by a former District and Sessions Judge and directed the payment of the
deferred salary for the months of March-April 2020 together with interest at the rate of 12 per
cent per annum and payment of deferred pension for the month of March 2020 with a similar
rate of interest.

Aggrieved by this judgement of the High Court the Andhra Pradesh Government approached
the top court contending only the component of interest part of the High Court judgement.
The State contended that the decision to defer the payment of salaries and pension was taken
due to the precarious financial position in which the State found itself because of the pandemic.

The Honorable Supreme Court noted that the State Government has complied with the
directions of the High Court for the payment of the outstanding dues in two tranches.

The Apex Court further observed that the rate of 12% per anum which has been fixed by the
High Court should be suitably scaled down.

The court said,;The payment of interest cannot be used as a means to penalize the State
Government. There can be no gainsaying the fact that the Government which has delayed the
payment of salaries and pensions should be directed to pay interest at an appropriate rate.&quot;
Disposing off the appeal, the SC directed that in substitution of the interest rate of 12% per
annum which has been awarded by the High Court, the Government of Andhra Pradesh shall
pay simple interest computed at the rate of 6% per annum on account of deferred salaries and
pensions within a period of thirty days.