You are here:
CONSTITUTIONAL LAW 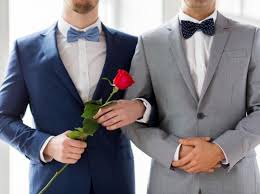 The Hon’ble Apex Court of India in a  historical judgement of Navtej Singh Johar v. Union of India decriminalised homosexuality in the India. Despite this progressive decision, certain questions peripheral l to the homosexual relationships remained unaddressed by both the Apex Court and the Government. One such query pertains to ‘same-sex marriages’. India still  does not recognise same-sex marriages. There is no marital law which pertains to the same.

A Public Interest Litigation (“PIL”) has been  filed in the High Court of Delhi seeking declaration to the marriage rights of the gay community under the Hindu Marriage Act, 1955 (“the Act”). The petitioner’s averment states   that the Act allows marriages between “two Hindus” without any discrimination between heterosexual and homosexual couples. It is nowhere mentioned under Section 5 of the Act, laying conditions of a valid Hindu marriage, that a marriage must be solemnised between ‘only’ a man and a woman. But still, gay couples can’t get married and register the same under the Act.

The law of the land sees members of the LGBTQ+ community only as ‘individuals’ and not as ‘couples’. In lieu of which homosexual couples have to suppress their feelings of getting married to a partner of their choice. One of the major reasons that homosexuality is still not accepted as ‘normal’ in India is because it lacks a ‘stamp of marriage’. It is very similar to “live in relationships”. Marriage is a sacrosanct institution in India.  When LGTBTQ community are deprived of the right to get married is only on sexual orientation is discrimination.

Article 14 states that “The State shall not deny to any person equality before the law or the equal protection of the laws within the territory of India Prohibition of discrimination on grounds of religion, race, caste, sex or place of birth.” Article 15 prohibits discrimination on five grounds, namely “religion, race, caste, sex, or place of birth.” Gender is not mentioned explicitly as one of the grounds. It is to be noted that ‘gender’ and ‘sex’ are two different concepts. Whereas ‘sex’ is more of a biological/medical concept, and it is the classification of human beings into different groups based on characteristics such as type of chromosomes, hormones, genitalia, and other secondary sexual characteristics; in contrast, ‘gender’ refers to one’s own perception of self, their emotions, psychology, and what they personally identify themselves as. In National Legal Services Authority vs. Union of India (2014), the Supreme Court widened the ambit of ‘sex’ as under Article 15 of the Indian Constitution to include ‘gender’ as well.

Imagine for a moment a situation where your spouse is in hospital and you are denied rights over her or him. You are  treated like some stranger just because you aren’t a “blood relative”, not a spouse. Think for once that if your spouse dies and you are denied the automatic right over inheritance. Your  Will is challenged, what you would go through? Our homosexual friends endure such atrocities on regular basis.

The  Right to Marry is not categorically mentioned in the Constitution. Indian Judiciary has recognized and upheld this right through various judgments. One such instance has been the Supreme Court’s judgment in Lata Singh vs. State of U.P. (2006).

Same-sex relations and gender fluidity  has featured  prominently in ancient Indian texts and sculptures. The law that criminalized “carnal intercourse against the order of nature” came in 1861 by British colonies. Even after the supreme court struck it down in 2018, many LGBTQ Indians find it difficult to come out and find acceptance in their traditional families.

Violence, especially against individuals who identify as transgender, is rampant. Many LGBTQ people endure discrimination and threats to their safety by family members and landlords, forcing them to flee their homes. In a 2019 survey, 62% of the respondents said that they didn’t approve of same-sex marriages.