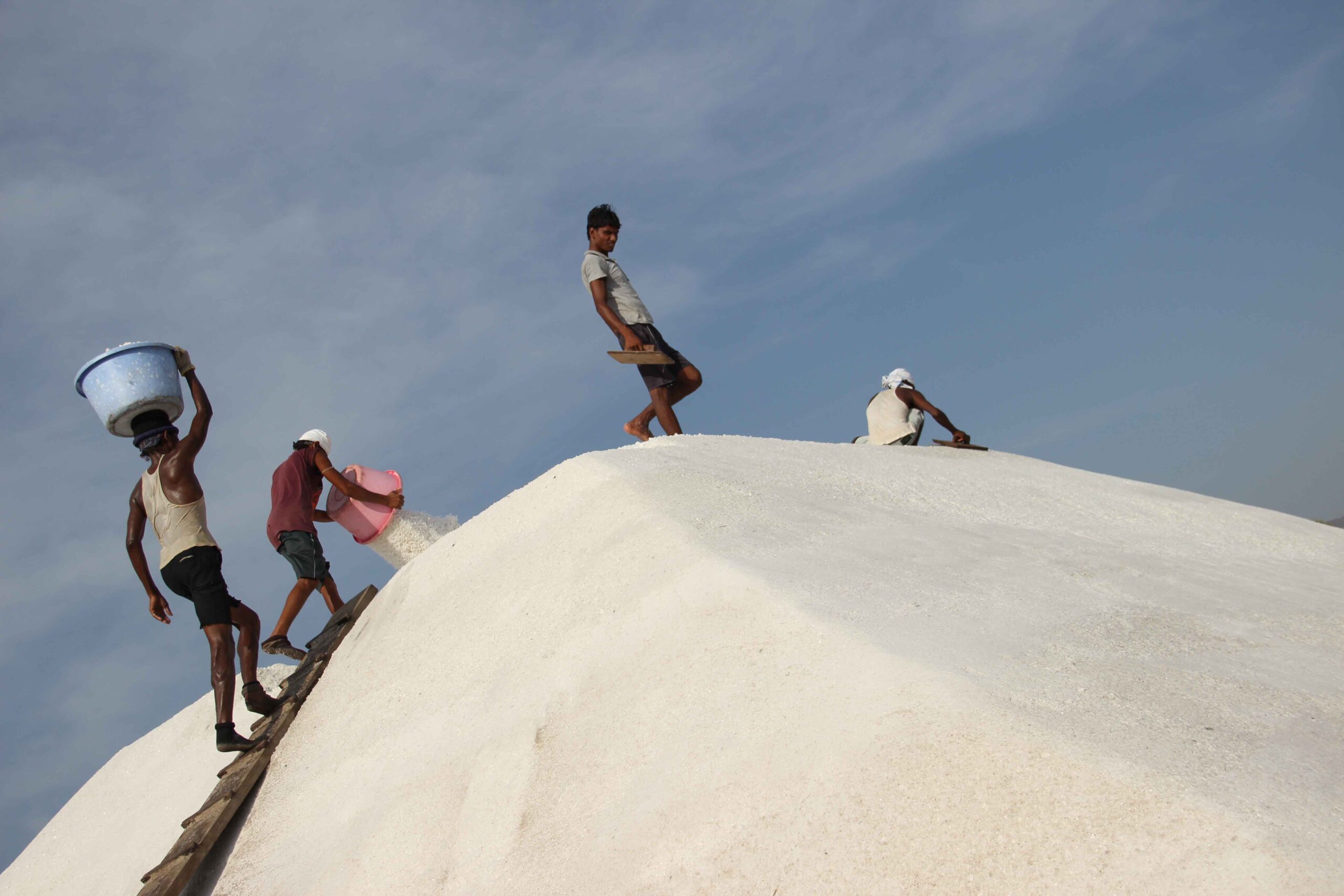 Social security is usually understood as some form of monetary support that the government provides to those who are either incapable of being employed or are inadequately employed. In the Indian context, social security has a different meaning altogether.

In India, our social security has spanned over a multiplicity of labour laws that our state and central governments have implemented over the course of many years. These regulate wages and worker benefits, address occupational safety and also set rules for labour and industrial relations.

Labour falls under the Concurrent List of the Constitution. Therefore, both Parliament and state legislatures can make laws regulating labour. The central government has stated that there are over 100 state and 40 central laws regulating various aspects of labour such as the resolution of industrial disputes, working conditions, social security and wages.

The Second National Commission on Labour (2002) found existing legislation to be complex, with archaic provisions and inconsistent definitions.

It consists of new rules for contribution to social security and payment of employee benefits, including retirement benefits and this article aims to summarize some of the important provisions introduced by the Social Security Code and some challenges in the way of Letter to spirit implementation of the code.

Complying with multiple laws at both the state and center levels has been no less than a nightmare for many businesses, posing a very real and practical hindrance to the ease of doing business in India. Therefore, the new social security code is a welcome change.

New-age businesses that thrive on e-commerce have created new types of jobs. Some of the workers in these new businesses were not covered under any of the existing laws. The new Social Security Code expands the scope of social security by providing for registration of all types of workers. The Code has widened coverage by including the unorganised sector, fixed term employees and gig workers, platform workers, inter-state migrant workers etc., in addition to contract employees. Therefore, in terms of coverage the scope has been expanded. 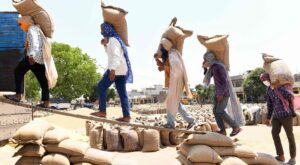 Employee: “Employee” has been defined as any person (other than an apprentice engaged under the Apprentices Act, 1961) employed on wages by an establishment, either directly or through a contractor, to do any skilled, semi-skilled or unskilled, manual, operational, supervisory, managerial, administrative, technical, clerical or any other work, whether the terms of employment be express or implied. The employee of definition may vary for different chapters under the Social Security Code based on the quantum of wages such an employee earns.

The Code mandates that the schemes may be funded through a combination of contributions from the central government, state governments, and Aggregators. The Central and State Government along with such schemes shall also prescribe the records that are required to be maintained in relation to such Gig Workers and Platform Workers.

The Code also mandates that every Unorganised Worker, Gig Worker or Platform Worker is required to be registered, subject to the fulfillment of the following conditions:

(a) he has completed sixteen (16) years of age or any other prescribed age; and

(b) he has submitted a self-declaration containing the information prescribed by the Central Government.

Every eligible Unorganised Worker, Gig Worker or Platform Worker is to make an application for registration along with prescribed documents including Aadhaar number and such worker shall be assigned a distinguishable number to his application. Whether such schemes would be applicable to all Unorganised Workers, Gig Workers and Platform Workers irrespective of the quantum of salary earned by them, will depend on the final form of the schemes introduced by the State or Central Government.

The Central Government may, establish a provident fund where the contributions paid by the employer to the fund shall be 10% of the wages for the time being payable to each of the employees (whether employed by him directly or by or through a contactor).

If any person being an employer, fails to pay any contribution under the SS Code or rules, regulations or schemes made thereunder, he shall be punishable with: (i) imprisonment for a term which may extend to three (3) years, but which shall not be less than one (1) year, in case of failure to pay the employee’s contribution which has been deducted by him from the employee’s wages and shall also be liable to fine of Rupees One Lakh (Rs. 1,00,000/-); or (ii) which shall not be less than two (2) months but may be extended to six (6) months, in any other case and shall also be liable to a fine of Rupees Fifty Thousand (Rs. 5,000/-).

Gratuity shall be payable to eligible employees by every shop or establishment in which ten or more employees are employed, or were employed, on any day of the preceding twelve months.

However, a continuous service of five (5) years shall not be necessary where the termination of the employment of any employee is due to death or disablement or expiration of fixed term employment.

For every completed year of service or part thereof in excess of 6 months, the employer shall pay gratuity to an employee at the rate of 15 days’ wages. The amount of gratuity payable to an employee shall not exceed such amount as may be notified by the Central Government.

Gratuity under the Code is payable to employees hired directly or through a contractor. If any person fails to pay any amount of gratuity to which an employee is entitled to, he shall be punishable with imprisonment for a term which may extend to one 1 year or with fine which may extend to Rs. 50,000/-, or with both. 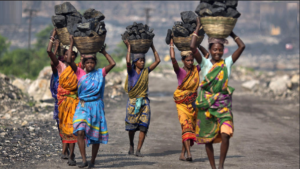 No employer/ nor woman can knowingly employ a woman/work in any establishment during the 6 weeks immediately following the day of her delivery, miscarriage or medical termination of pregnancy. A woman shall be entitled to maternity benefit if she has actually worked in an establishment of the employer from whom she claims maternity benefit, for a period of not less than 80 days in the 12 months immediately preceding the date of her expected delivery.

If any person is in contravention of the provisions of maternity benefits or dismisses, discharges, reduces in rank or otherwise penalizes a woman employee or fails to provide any maternity benefit to which a woman is entitled to, he shall be punishable with imprisonment for a term which may extend to six months or with fine which may extend to Rs. 50,000/-, or with both.

The strength of implementing legislation lies in the ease of compliances as well as in the penalties that deter non-compliance. The Code captures it all. Any failure to deposit employees’ contributions not only attracts a penalty of Rs 100,000, but also imprisonment of one to three years. In case of repeat offence, the penalties and prosecution are severe, and no compounding is permitted for repeated offences.

Employers are required to be aware of this development and assess the impact on their organisations.It is necessary that employees look at the implications of keeping specific salary structures in mind and determine the impact. Implications are also triggered in respect of Fixed Term Employees, where gratuity liability is activated. Aggregators will also have to look at the impact on account of the proposed contribution to social security fund, which could be between 1% to 2% of their turnover, limited to 5% of the payouts being made to gig workers/platform workers etc.

Further, the current policy and process framework will have to be revisited in line with the new Code, and the technology interface should be appropriately built-in.

The employer would have to keep tabs to ensure a smooth transition to the new Code, as after all, well begun is a job half done.

In the end the code stands true to it’s preamble which says “An Act to amend and consolidate the laws relating to social security with the goal to extend social security to all employees and workers either in organised or unorganized or any other sectors and for matters connected therewith or incidental thereto”.