You are here:
HEALTY AND SAFETY LAWLegal Articles 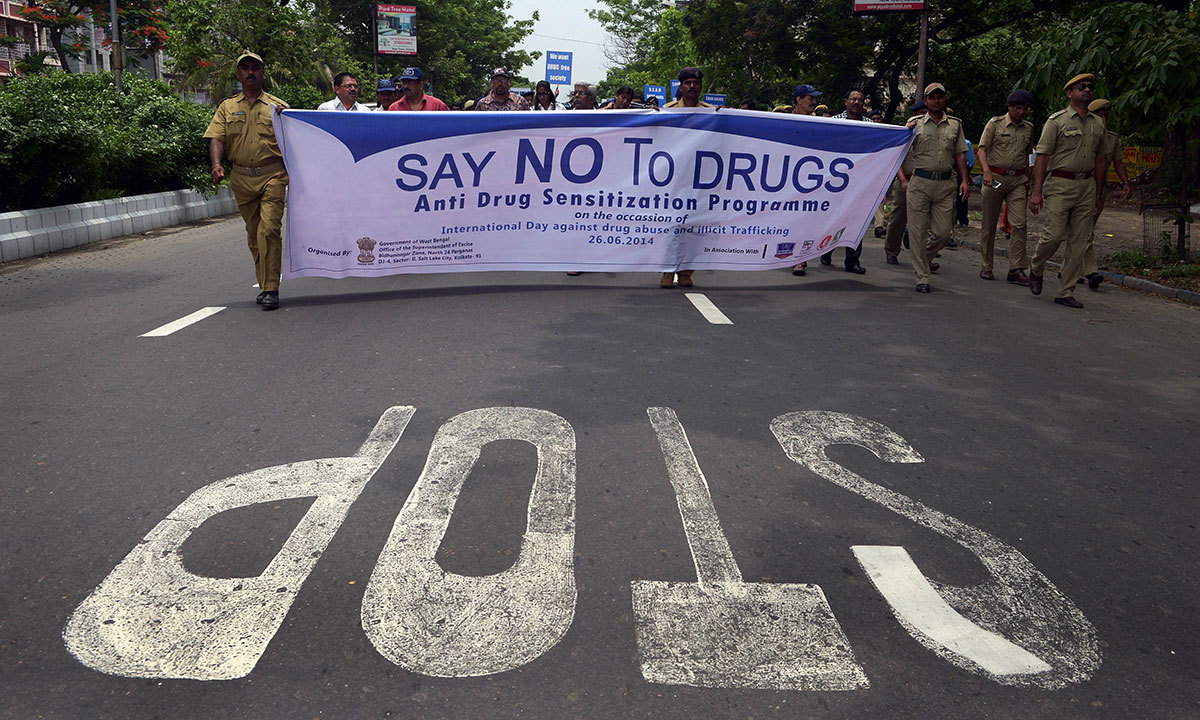 Under the Narcotic Drugs and Psychotropic Substances  Act 1985 of India, it is illegal for a person to produce/manufacture/cultivate, possess, sell, purchase, transport, store, and/or consume any narcotic drug or psychotropic substance. Under one of the provisions of the act, the Narcotics Control Bureau was set up with effect from March 1986.

The statutory control over narcotic drugs was being exercised under The Opium Act, 1852, The Opium Act, 1878 and The Dangerous Drugs Act, 1930. The provisions of these enactments were found to be inadequate because of the passage of time and developments in the field of illicit drug traffic and drug abuse at national and international level. To consolidate and to amend the existing laws relating to narcotic drugs a comprehensive legislation was considered to be necessary. Accordingly the Narcotic Drugs and Psychotropic Substances Bill was introduced in the Parliament.

The Supreme Court in the recent judgement said that the quantity of narcotic substance recovered is a relevant factor that can be taken into account for imposing higher than the minimum punishment under The Narcotic drugs and Psychotropic Substances act 1985.

The organised activities of the underworld and the clandestine smuggling of the narcotic drugs and psychotropic substances into India and illegal trafficking in such drugs and substances have led to drug addiction among the sizeable section of the society, in particular the students and the adolescents.

From age-old cannabis to newer synthetic opioids like tramadol, and designer drugs like methamphetamine, India is one of the major hubs for illicit drug trade ,in fact, cannabis remains the most frequently seized narcotic drug in South Asia; cannabis herb was the drug seized in largest quantities across the region in 2017.

India alone accounted for six per cent of the world’s cannabis herb (ganja) seizures in 2016 (nearly 300 tonnes), and reported seizing even higher quantities in 2017 (353 tonnes) — a 20 per cent increase compared to 2016, the report by UN office of Drugs and Crime said. 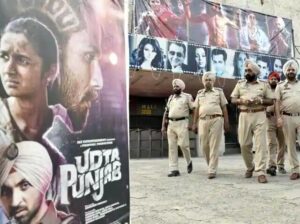 The use of drugs is a big issue in society today and cinema has time and again raised awareness about its ill effects. Bollywood too has tried to do the same through its movies by describing how drugs have ruined countless lives, while also portraying its “glamorous” side. The use of drugs has been shown explicitly in many Bollywood films, with only a disclaimer at the bottom stating the illegality of it.

On the one hand, the industry gave us films such as Udta Punjab, Go Goa Gone, Dum Maro Dum, Shaitan, Pankh, Fashion, (which, by the way, also starred Kangana Ranaut as a fashion model who was ruined by drugs), Janbaaz, Charas, Dev D, Malang, Jalwa and Hare Rama Hare Krishna on the prevalence of drugs. On the other hand, when heat gets closer to home, it’s turned into a cold turkey.

“Celebrity drug offenders can profoundly influence public attitudes, values and behaviour towards drug abuse, particularly among young people who have not yet taken a firm and fully informed position on drug issues,” the Report of the International Narcotics Control Board for 2007 said.

A life packed with money, fame and adulation is bound to be fraught with hedonism and debauchery. Showbiz has especially been more in focus. In the past, there have been many reports of Bollywood celebs being questioned on their drug consumption. Whenever any drug peddler is arrested, it is immediately alleged that he supplied drugs to Bollywood personalities and more often it is true there are a number of filmmakers and artists who smoke and do drugs in the garb of creative kick.

In the world of film and television, many lives are getting trapped in the dark tunnel of death today due to the increasing drugs, alcoholism, tobacco, cigarette addiction and drug addiction. The addiction to drug addiction may be a result of frustration, jealousy, and malice resulting from the competition to overtake others

the effect of black money in the system makes the people of the film world become icons despite less skill, less ability and less hard work than other professions and secondly, due to the wrong choice of public we choose wrong people as icons. Society has to see that the icon becomes the one whose efforts can be comparatively analyzed and the effect of black money does not glorify it through mass communication media like cinema or TV. 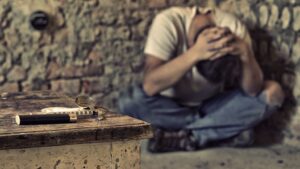 The Covid-19 lockdown has disrupted drug supply, the pandemic and resultant lockdown has hit the illicit drug market. The drug market has been disrupted, and drug users have shifted to alternate options, such as synthetic drugs. For instance, they are inhaling nail paint remover by soaking their handkerchiefs in them

Due to less supply, drug adulteration is on a high. Even after lockdown eased, we are getting more number of cases as people are stressed due to job loss and uncertainties.

The economic crisis and resultant job losses and career uncertainties have created an environment of stress for the younger generation. Many have found an escape route in drugs, often engaging in harmful patterns of abuse.

Drug trade is considered as the third largest business in the world, next to petroleum and arms trade. It has been a backdoor business of almost every country, hindering the wholesome development of a nation and destroying precious lives of resourceful youths, with drug addiction and immense human distress. 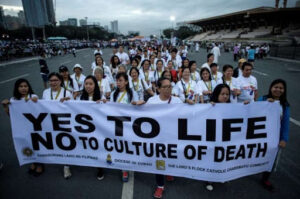 an annual Anti-Drug Action Plan for 2020-21 for 272 districts was launched by the Ministry of Social Justice and Empowerment.

The plan includes awareness generation programmes, identification of drug-dependent population, focus on treatment facilities and capacity-building for service-providers to curb drug abuse and alcoholism.
Drug abuse or substance abuse is the use of illegal drugs (Heroin, Morphine, Opium etc), or the use of prescription drugs for purposes other than those for which they are meant to be used.

The Ministry of Social Justice and Empowerment, Government of India, conducted a National Survey on Extent and Pattern of Substance Use in India through the National Drug Dependence Treatment Centre (NDDTC), All India Institute of Medical Sciences (AIIMS), New Delhi during 2018, which is key to the action plan for 2020-21.It is estimated that about 850,000 Indians inject drugs, about 460,000 children and 7.7 million Indians require help for opioid dependence. As per the survey, the prevalence of opioids (a type of drug e.g. Heroin) use in India is three times the global average.

The ministry also announced the launch of the ‘Nasha Mukt Bharat’, or Drug-Free India Campaign which focuses on community outreach programmes.
To step-up the battle against the severe challenge posed by drug use and alcoholism THE NARCOTIC DRUGS AND PSYCHOTROPIC SUBSTANCES, ACT, 1985, the campaign will focus not just on institutional support but also on community outreach programmes in the districts identified in coordination.