THE PREVENTION OF CORRUPTION ACT 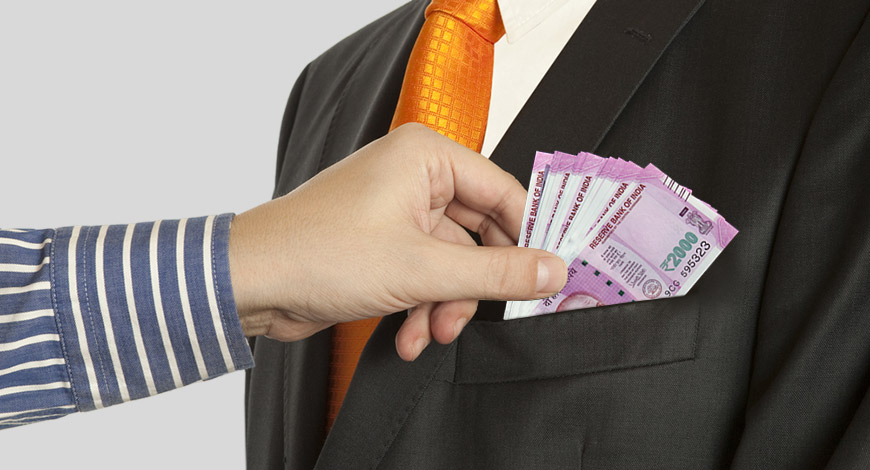 If we cannot make India corruption-free then the vision of making the nation develop by 2020 would remain as a dream – Dr. A.P.J. Abdul Kalam

Corruption is considered to be one of the greatest impediments on the way towards progress, especially for developing countries like India. The economic, social and cultural structure of our country is very strong but due to the menace called “Corruption”, it has been adversely affected and has become defenceless against these anti-social forces

Thus, The Prevention of Corruption Act, 1988 was enacted to prevent corruption in Government departments and to prosecute and punish public servants involved in corrupt practices.

As this Act saw limited success, an amendment was enacted namely: ‘The Prevention Of Corruption (Amendment) Act, 2018’ and brought into force on 26 July 2018. The Amended Act attempted to bring the Prevention of Corruption Act in line with the United Nations Convention against Corruption 2005, which was ratified by India in 2011.

Most of the amendments in The Prevention Of Corruption (Amendment) Act 2018 are aimed at tightening up the existing provisions in the Act and expanding the coverage of the offences.
In this article, we point out the key highlights of the amendment.

Changes to the definitions

Under Section 4(4), the courts no longer have complete trials for offences under the Act within 2 years, failing which the judges will need to record the requirement for extension in time. A trial can now be extended by 6 months at a time for up to a maximum of 4 years.

Section 8 prescribes punishment for persons abetting a bribe or attempting to indulge in corruption with a public servant. The Prevention of Corruption (Amendment) Act exempts those acts committed out of compulsion, provided a person so compelled files a complaint with the police or investigating agency within 7 days of giving a bribe under compulsion.

Offering of bribes by commercial organisations: 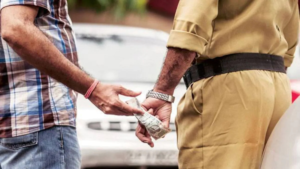 The Prevention of Corruption (Amendment) Act 2018

The Prevention of Corruption (Amendment) Act 2018, replaces this section with a truncated definition of criminal misconduct to include only the following two acts:
(i) Misappropriation or conversion for his own use, any property entrusted to or under the control of a public servant: and
(ii) Amassing assets disproportionate to known sources of income. To prove the latter, the intention to acquire assets disproportionate to income must also be proved, in addition to possession of such assets. Thus, the scope of criminal misconduct has been narrowed and the threshold to establish the offence of possession of disproportionate assets has been increased by the Amendment Act.

Prior sanction of appropriate government for investigation and prosecution:

The Prevention of Corruption Act ,1988 required prior sanction of the appropriate government for prosecution of serving public officials.
The Prevention of Corruption (Amendment) Act 2018 extends this protection of requirement of prior approval to investigation prior to prosecution. Further, such protection is extended to former officials as well, for offences done while in office.
The third proviso to Section 19(1) provides for a directory (not mandatory) time period of 3 months within which the appropriate government must convey the decision on such sanction. Additionally, the Central Government may prescribe guidelines for grant of sanction for prosecution.

The Amendment Act has provided for application of the Prevention of Money Laundering Act 2002 and Criminal Law Amendment Ordinance 1944 for attachment and administration of property procured by means of an offence under the Prevention of Corruption Act.

The Prevention of Corruption Act ,1988 did not provide a time frame within which the trial was to be completed.
However, The Prevention Of Corruption (Amendment) Act, 2018 now prescribes that the Special Judge shall endeavour to complete the trial within 2 years. This period can be extended by 6 months at a time and up to a maximum of 4 years in aggregate subject to proper reasons for the same being recorded. The wording of the section is directory in nature and not mandatory, making it less likely that the courts will abide by such timelines.

Punishment has been increased from a minimum imprisonment term of 6 months to 3 years, and from a maximum of 5 years to 7 years, with or without fine. Punishment for abetment of offences has also been increased by the same quantum.

The Prevention Of Corruption (Amendment) Act 2018 can be considered as a positive development in respect of anti-graft regime as it includes various provisions relating to Commercial organisations and persons who give an undue advantage. It has also modified and enhanced the definitions and penalties for offences related to accepting an undue advantage, being a habitual offender and abetting an offence.
Despite bringing about the much-needed changes, the Amendment Act has created additional hurdles for investigation and prosecution. The Amendment Act provides for the requirement to obtain prior sanction from appropriate Government to initiate a probe on serving as well as former public servants. While the intent was to prevent victimisation of honest officers, the Amendment Act seemingly strengthens the shield available to officials accused of corruption.
The Corporate sector will be required to watch out for the Central Government guidelines to ensure internal compliance mechanisms are in place for establishing potential defence in case of allegations of bribery.
Other aspects such as quantum of fine for commercial organisations have not been specified.

This principle approach is certainly in line with global standards of anti-bribery and anti-corruption measures.