Man is the most rational living being in this world. His attitude changes from time to time. His likes and dislikes change accordingly. Same in the case of his sexual fantasies also. Reports state that around 60% of India’s youth are addicted to various adult videos as well as sites which provide such explicit content.

Nudity and depictions of sexual acts are a part of Indian culture and can be found in many public places. However, these became taboo subjects when India was subjected to the cultural domination of foreign powers, especially the British, who viewed sex as a sin in keeping with their Christian religious heritage.

The majority of Indian laws, inherited from the times of the British, carry forward this legacy of foreign cultural imposition and reflect the sensibilities of the 19th century British officials who framed them.

The term pornography means to describe or to show sexual acts with the intention to cause sexual excitement through obscene websites or obscene material produced by using computers, internet and also includes downloading, transmitting pornographic videos, writings, photos and pictures etc. Obscenity in cyber space may be of various forms. The essential characteristics of pornography is the downloading of the obscene material by using computer and internet through the website so it also includes hosting of websites which contains prohibited and obscene material. The pornographic material is very harmful to the young generation because it can corrupt and deprave the minds of future of the country.

THE ACT BEHIND IT 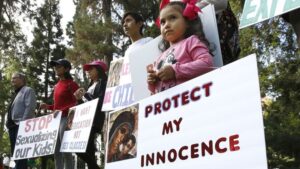 Section 67-A was added in the Information Technology in the year of 2008. It prohibits publication and transmission of sexually explicit material in electronic form. And this section contains some exceptions on the line of section 292 of the Indian Penal Code, 1860. As we know, India is signatory to the Convention on the Right of the Child (CRC hereinafter) and ratify the optional protocol on the state of children, child prostitution and child pornography. So, section 67-B was added to the IT Act, 2000. Section 67-B criminalizes every type of pornography. Section 67A and 67B are the only sections which are non-bailable as per section 77B of the Act, whereas others are bailable. We also have section 69-A of Information Technology Act, 2000 where Central Government or its officer appointed can issue directions to other government agencies and intermediaries to block such information for public access if it is in the interest of the State.

Section 67 of the Information Technology Act, 2000 makes the following acts punishable with imprisonment upto 3 years and fine up to 5 lakhs:

Section 67 uses terms like ‘published’ and ‘transmitted’, whose meaning remains open to interpretation, making it difficult to ascertain as to what constitutes a crime under this provision. For instance, whether a prosecution under this Section can survive if obscene images are sent by A to B and to no other person? The ordinary meaning of send is to deposit in mail or deliver for transmission  which is distinct from ‘transmission’ or ‘publication’. Thus, A may not attract liability under Section 67. However, section 66e of the Act defines transmission as ‘electronically sending a visual image with the intent that it be viewed by a person or persons’ which is inclusive of the aforesaid situation. Hence, the culpability of A remains imprecise.

While the term ‘publish is interpreted to mean known to the community these terms have not been specifically defined in the Section. The intent to keep these terms vague seems unapologetic since, on a comparative note, Section 66E ensures clarity of law by categorically providing defined terms. When the Apex court struck down section 66 A it analyzed Section 66 in comparison to Section 66A of the Act. It observed that Section 66 had clear and precise definitions of terminologies used, in stark contrast to Section 66A. This made the latter arbitrary and vague as opposed to the former.

A significant concern with respect to Section 67 is that it only penalizes transmission and publication of obscene material. Viewing, downloading, and possessing such content is not punishable unless the victims are children. While it is impossible to try each person in possession of the content, but rendering the ones who are complicit in the commission of the crime (though inactive) free from liability defeats the purpose of hindering the obscene content. Additionally, the Section is over-used and exhausted in all online crimes against women. In fact, many crimes do not fall under the scope of the Act since offences like cyber-stalking and defamation, email-spoofing and morphing are not included in the legislation and therefore do not carry penal punishment. Many reports suggest that women who complain about cyber harassment suffer from secondary victimization at the hands of the police, media and the judicial machinery. Out of the fear of tarnishing her image and her family’s honor, the women are often wary of registering a complaint with the police. In many cases, the women are threatened with abuse, rape and worse in order to keep them from filing a complaint. Considering the sensitive nature of these matters including how society impacts these incidents, there is a need for a more robust, specific, and wide-eyed legislation.

For combating the problem of publishing obscene information in cyber space, there is a pressing need of spreading awareness in government as well as public. It is also highly demanded that the cyber authorities must be technically trained from time to time. There is a need to inculcate the culture of continuous learning education among the law enforcement authorities because present knowledge becomes obsolete in a very short time. Society at large must be aware about the fact that they are also encouraging such activities by searching online obscene/pornographic material with the intention to satisfy him/her mentally. Searching online obscene material results in financially supporting those persons who are uploading such obscene information for gaining profit and such profit increases with increase in the number of subscribers and viewers. So, firstly, we should check ourselves not to provide financial support to the cyber criminals indirectly. Involving ISP’s would be a good strategy and it would restrict the supply and may prove to be more beneficial as compared to simply identifying and prosecuting users of child pornography. As we know that prevention is better than cure. The punishment for cyber obscenity must include all the four theories of punishment, i.e. retributive, deterrent, preventive and reformative theories.

It is likely to come into conflict with the recent Supreme Court judgement that citizens enjoy a fundamental right to privacy. For example, to implement the new law, police officers and other government officers will have to search the mobile phones, PCs, pen-drives and other devices of citizens to check if they contain “indecent representation of women”. However, such checks would also be an indulgence  into the citizens’ privacy.

The move would also go against the Supreme Court’s recent stand that an individual has the right to watch pornographic content in the privacy of his or her home.